"Greece will do everything to prevent Turkey from getting to its territory" Greek Minister said, Turkish Foreign Minister called him "a spoiled child" 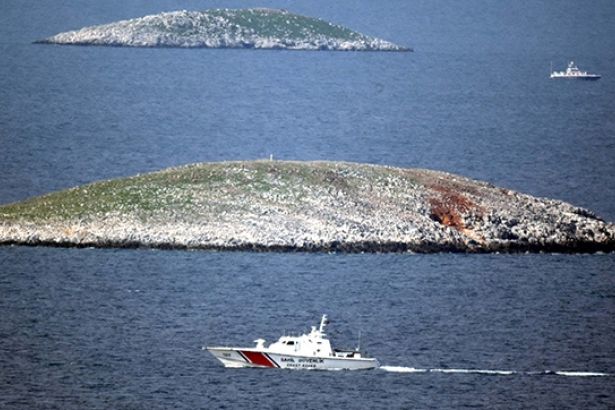 "Greece will do everything to prevent Turkey from getting to its territory", Greek Minister of National Defense Panos Kammenos said Sunday, adding that Greece is ready to rebuff Ankara in a case of any provocation. After his statement, Turkish Foreign Minister Mevlüt Çavuşoğlu called the Greek minister "a spoiled child".

Earlier this week, Turkish Foreign Minister Mevlüt Çavuşoğlu said that if the Turks wanted to get to the disputed Kardak islets, known as Imia in Greece and located in the Aegean Sea between the Greek island chain of the Dodecanese and the southwestern mainland coast of Turkey, they would have done this.

"It will never happen that they [the Turks] set foot on the Greek islands. We will prevent it from happening. If they do it, let's see how they will escape ... Any provocation will face counteraction," Kammenos said in an interview with the Skai TV channel.

A row over their sovereignty islets flared in January 1996, when the two countries sent marines to two neighbouring islands in a sign of an imminent armed confrontation.

The tensions around the islands renewed in January, following Greek refusal to extradite to Turkey eight servicemen, accused of involvement in the July 15, 2016 failed coup attempt, over concerns that they would not face a fair trial at home. The eight fled to Greece by military helicopter on the night of the putsch, which Turkey says was masterminded by the US-based Islamic preacher Fethullah Gülen.

“We do not need a show of strength. They are the ones who know best what a Turkish soldier can do when appropriate. The government knows it best. Let them tell it to that spoiled child precisely. They should not try our patience,” Çavuşoğlu said.

Turkey's ruling Justice and Development Party (AKP) speak to Turkey's citizens, seeking to unite Turkish ultranationalists on the verge of the upcoming referendum. Turks are expected to vote in April in a potentially tight referendum on giving President Recep Tayyip Erdoğan extra powers. With approximately two months before Turks vote on a critical referendum to enhance presidential powers, this renewed dispute is fuelling nationalistic sentiment inside Turkey. Nationalist rhetoric traditionally escalates in Turkey ahead of elections.

The uninhabited rocky specks, Imia in Greek and Kardak in Turkish, are a historic flare point in a long-running demarcation dispute.