"You are the terrorist!" TKP responds to US after putting Cuba back on list of "sponsors of terrorism" 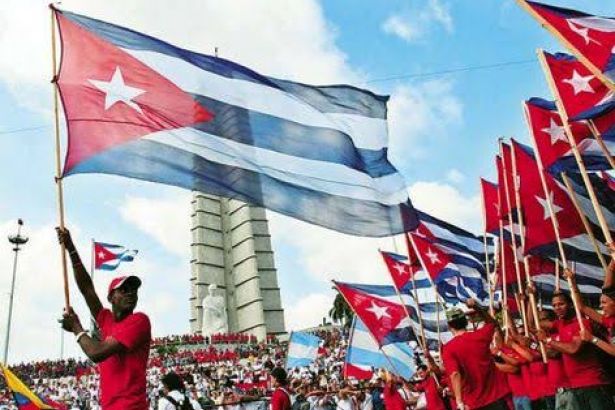 The Communist Party of Turkey (TKP) has made a statement against the U.S. government that has recently put Cuba back on the list of "state sponsors of terrorism."

"If you are looking for, you are the terrorist!" TKP says against U.S. imperialism, acting in solidarity with Cuba. The full statement is as follows:

If you are looking for, you are the terrorist!

The State Department of the United States, once again, listed Cuba among the countries supporting terrorism as of yesterday. As if the outrage caused by the Trump supporters was not enough, this decision proves once again as the President of the US is leaving power, the government’s officiousness doesn’t recognize any bounds.

In past months as the rest of the world was struggling with coronavirus pandemic, the Trump government saw these conditions as an opportunity to strengthen the blockade against Cuba further. President showman was spending his last few months conducting performances of his paid agents to destabilize Cuba. Now they are after playing their last trump card.

The people of Cuba have responded to these attempts by keeping calm and further strengthening their unity. Cuban people are civilized, organized and revolutionary. For that, in all world, they have legitimacy the US will never be able to reach.

The US is the country that terrorizes the people everywhere in our world, including its own people. Hundreds of thousands of poor people in the US lost their lives for nothing; hundreds of them were targeted by racist attacks. Our world is filled with US armories. It is the US, its collaborators and the gangs of murderers they have created with their own hands turning Japan, Yugoslavia, Afghanistan, Syria and the whole Mediterranean into mass graveyards. If the US government is looking for terrorists, they can find them amongst their own.

With the blood in their hand, the US officials claiming Cuba is “supporting terror,” has no significance. The US is struggling and sinking as it fails to beat Cuba. No matter what banditry, their efforts to tame Cuba will fail. They couldn’t overthrow for the last 62 years; and will not be able to do so.

Fidel’s country will not bow to this repression as they don’t bow to any. Their friends will protect Cuba with gratitude, solidarity and hope. And they should know, the friends of Cuba are much more than they think.

Greetings to ones bringing health to everywhere, to ones keeping people alive!

Down with the US imperialism!