Working Women's Day: 'We will not surrender to darkness!' 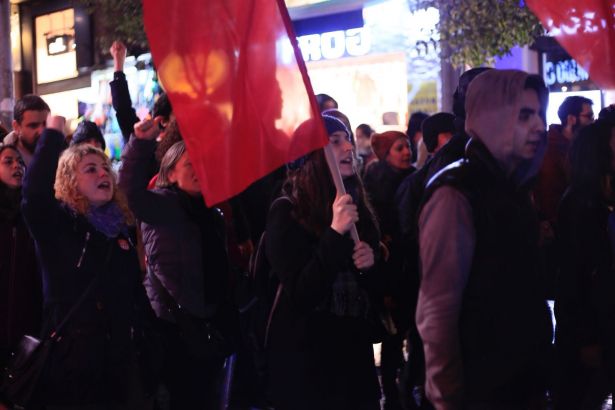 The Communist Party of Turkey (TKP) held two rallies on March 8 for International Working Women’s Day in İstanbul and Ankara, calling on the people to join the struggle for socialism with slogans, "We will not surrender to darkness!"

Shouting slogans, the TKP members and citizens marched around İstanbul’s Kadıköy district. Senem Doruk, the Central Committee Member of TKP, saluted the citizens on behalf of the Communist Women. "We want to build a system in which women will live freely and equally," she said.

Indicating to the current position of women in Turkey, Zelal Özgür Durmuş from the TKP said, "Women are forced to work more cheaply, exposed to discrimination and violence in Turkey and around the world." 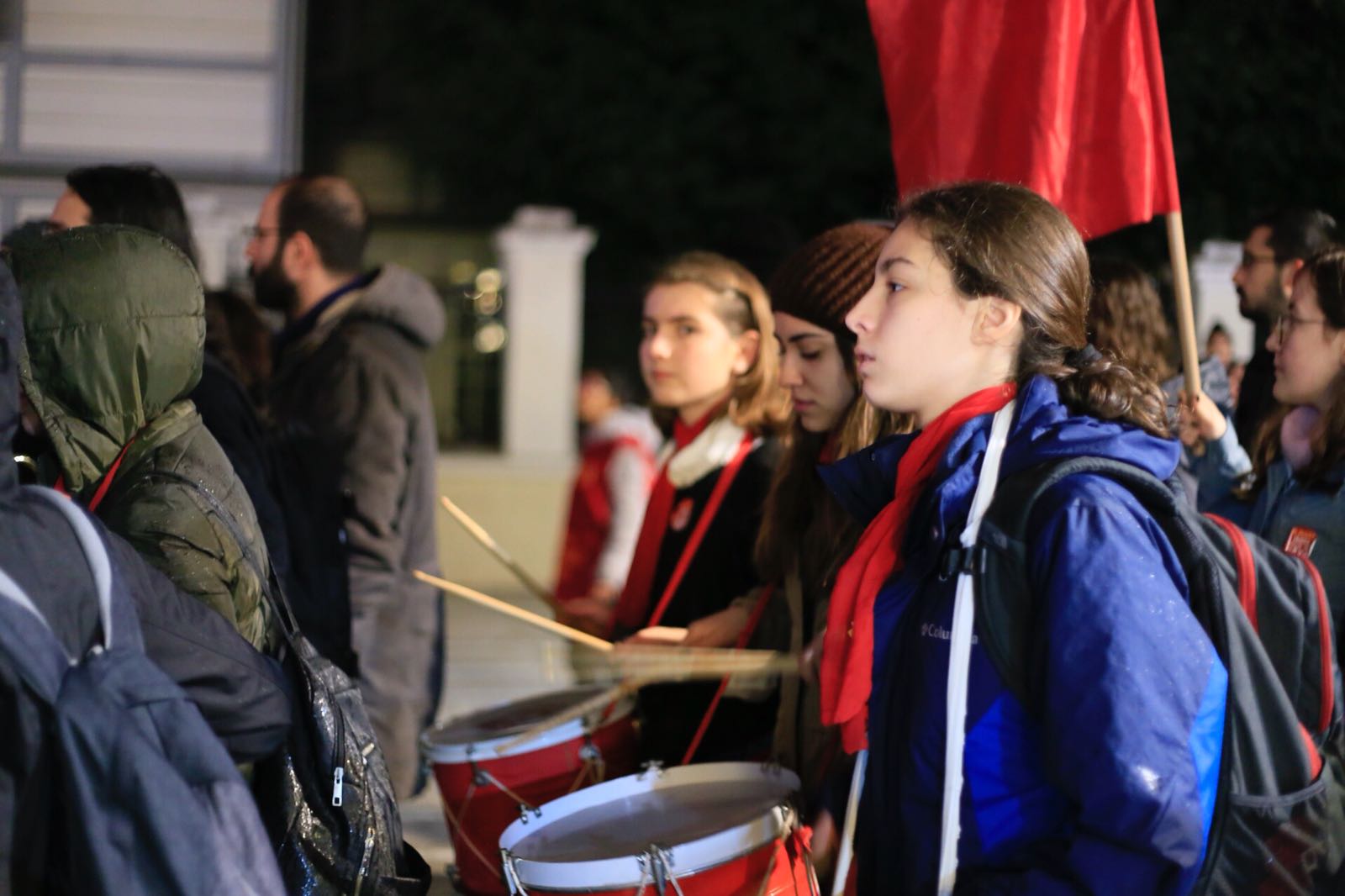 Durmuş underlined that only one third of the Turkish women are employed, adding that half of them are forced to work informally and precariously. "Women are exposed to more mobbing, pressure and abuse at workplaces. Women’s working hours never end. After dense working hours, they have to deal with family and house works," she said.

'SOCIALISM FOR EMANCIPATION OF HUMANITY'

The Communist Women also rallied in the Turkish capital city of Ankara, indicating to the role of the Justice and Development Party (AKP) government that meddles in everything as well as women’s social life including how to wear, when to start working, how many children to bear.

We face "one femicide case every day, one out of three women is exposed to violence, one woman is raped every four hours. Suspects of women murders are awarded with 'good conduct time'. Laws are enacted for child marriage," Durmuş said, showing the Islamist impositions on women in Turkey. 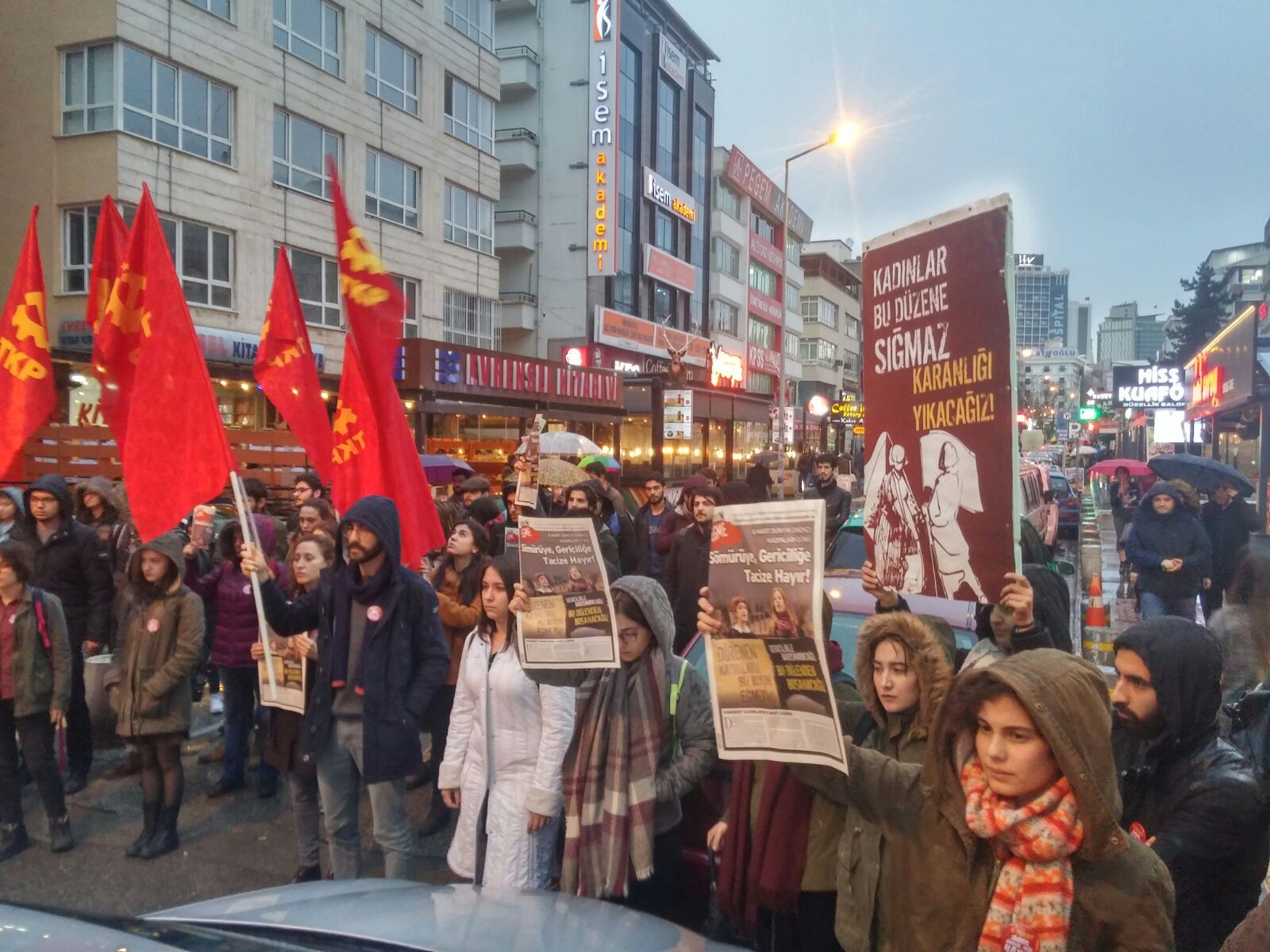 Emphasizing that capitalism cannot promise any hope and future for humanity, the Communist Women invited the citizens to participate in the struggle against long working hours under capitalist conditions that discriminate women.

"We call on you to strengthen the struggle for socialism together in order to live in an enlightened Turkey where women will be the equal elements of the society," the communists concluded, adding that socialism is not a choice but a mandatory way for the emancipation of humanity. 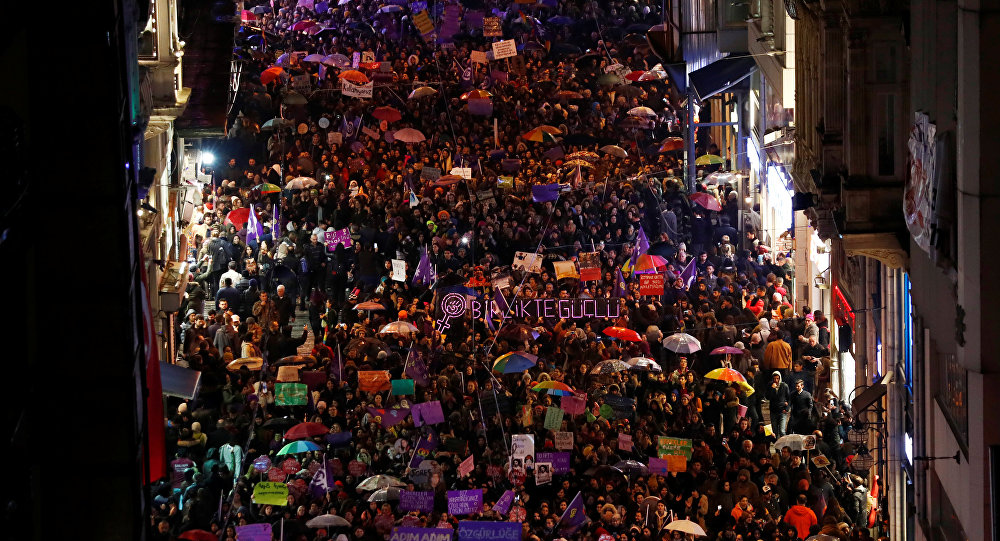 Women's rallies were also held in İstanbul Taksim, Ankara and the Kurdish-majority city of Diyarbakır. The women chanted slogans including; "We are not silent, we are not scared, we are not obeying" and "Women are strong together".

Despite a heavy police presence, and security forces had earlier in the day put barricades around the centre of these cities rallies were allowed to proceed peacefully.