Workers working at factories operating in Turkey’s northwestern province of Tekirdağ and café-bar workers in the capital Ankara declared the foundation of two new solidarity networks within ‘‘We Breathe Down the Bosses’ Necks’’ (PE), a class solidarity network initiated by the Communist Party of Turkey to bring workers together in workplaces and fields in order to organize and claim their rights against the capitalist exploitation. 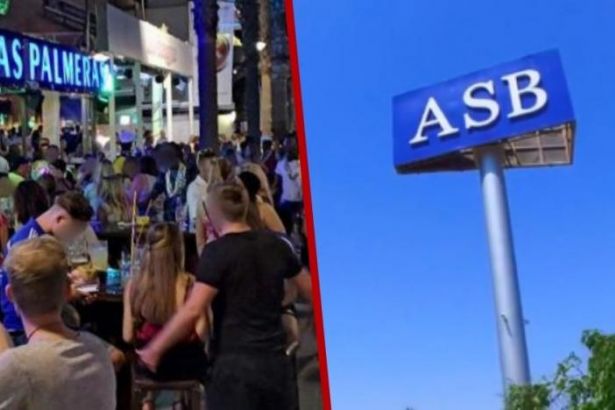 Workers working at factories operating in Turkey’s northwestern province of Tekirdağ and café-bar workers in the capital Ankara declared the foundation of two new solidarity networks within ‘‘We Breathe Down the Bosses’ Necks’’ (PE), a class solidarity network initiated by the Communist Party of Turkey to bring workers together in workplaces and fields in order to organize and claim their rights against the capitalist exploitation.

As Turkey’s class solidarity network, ‘‘We Breathe Down the Bosses’ Necks’’ (PE), continues growing with great support from the labourers throughout the country, workers working at factories in the European Free Zone (EFZ) located in the northwestern province of Tekirdağ and café-bar workers in the capital Ankara announced that they have joint the organized struggle within the PE fighting the usurpation of their rights by the capitalist class.

The newly established solidarity network of the EFZ workers in Tekirdağ has made a declaration regarding the issue.

Saying that workers from textile, electronics, packaging, machinery, medication, automotive, and many more branches of industry, are exposed to severe working conditions in EFZ located in a field of 2 million squared-meters and having 3-billion dollar annual trading capacity, the statement reads, ‘‘Kemal Şahin, the CEO of Şahinler Holding, has shown how much he is afraid of workers seeking their rights by admitting he would rather close the factory than let the union in.’’

‘‘All companies operating in the EFZ are multiplying their wealth, minting money, and running all their commercial operations smoothly with the help of the great advantages presented to them,’’ the EFZ workers noted in their statement, and added, ‘‘The bosses who lined their pockets were among the owners of the first companies to obtain a production permit when the quarantine decision was made during the pandemic days period and they continued non-stop production without taking any necessary precautions.’’

‘‘Companies having an eye on the workers’ rights by forcing them to take annual leaves during the pandemic also forced workers in risk groups to use mandatory annual leave for the sake of unpaid leave,’’ the statement said.

The EFZ workers also informed in their statement that the workers, who began to be organized to fight against the impositions of the capitalist class, were forced to resign their jobs by the management.

‘‘We, workers of the EFZ, who have come together to reveal all these capitalist despotism and claim our rights by organizing, declare the foundation of the EFZ Workers’ Solidarity Network within PE,’’ the statement underlined.

‘‘We invite all workers in the EFZ to contact the EFZ Workers’ Solidarity Network,” the EFZ workers concluded.

The newly established PE Ankara Café-Bar Workers’ Solidarity Network also announced their demands for better working conditions, calling all café-bar workers to be in solidarity with them.

In the declaration the PE Ankara Café-Bar Workers’ Solidarity Network issued, it is said, ‘‘As the victims of severe working hours and unpaid overtime, we, the café-bar workers, have been once again left alone during the pandemic period when the economic crisis has been gradually intensified.’’

Stating that most of the café-bar workers must work without health and working coverages, the PE Ankara Café-Bar Workers’ Solidarity Network noted that the workers in this sector have been confined to either losing their jobs or succumbing to poorer working conditions during the pandemic.

‘‘We work up to 12 hours in our workplaces where we returned after the number of cases started to decrease, while we have faced the fear of getting fired and unemployment because of the excuse of decreased workload due to the pandemic,’’ it is also stated.

Telling that bosses do not provide them with sufficient quantities of face-masks necessary for the protection from the COVID-19 infections due to profit-seeking concerns, café-bar workers underlined, ‘‘We, as café-bar workers in Ankara, have come together for the solution of our problems and we demand the following rights below:

Demanding to work in safe and healthy conditions compatible with human dignity as their most fundamental rights, café-bar workers in Ankara invited all their colleagues in the city to support their struggle and be organized in PE Ankara Café-Bar Workers’ Solidarity Network.