Workers in Turkey celebrate May Day under state of emergency

More than 30 thousand police officers are mobilised for May Day in İstanbul. The police have set up barriers around Taksim Square of the city 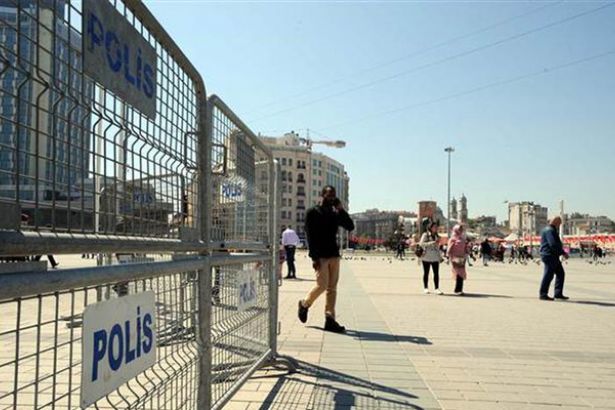 The Prefecture of İstanbul, in a written declaration, stated that 30 thousand 101 police officers are mobilised for May Day in İstanbul. Ten days ago the police have already started setting up barriers around the Taksim Square in the touristic Beyoğlu district.

It is also stated that some subway stations including Taksim Square are going to be skipped and several ferry services are suspended on May 1st. The government takes these measures to prevent any kind of gathering in Taksim Square, which is the historical square of the May Day of Turkey.

This year the May Day will be celebrated in Bakırköy district of İstanbul.

MAY DAY DECLARATION BY TRADE UNIONS

On the occasion of the May Day, several trade unions from Turkey, Syria, Palestine, Greece, Cyprus, Serbia, Austria and Italy made a statement against the imperialist war with the message entitled ‘With the workers of all countries, for a world without exploitation, wars, and refugees.’

The declaration establishes that ‘the outbreaks of armed conflicts are spreading through from Ukraine to the Black Sea, the Balkans, the Aegean Sea and the Eastern Mediterranean, the Middle East and North Africa.’ It is mentioned that ‘there is nothing to divide among the working classes of other countries, among other people. On the contrary, we are united by the common interest of fighting for a life without riches and poverty, without bosses, this is the life that belongs to us.’