Workers from Turkey’s industrial district of Gebze near İstanbul launched a resistance to protest the forced unpaid leave. 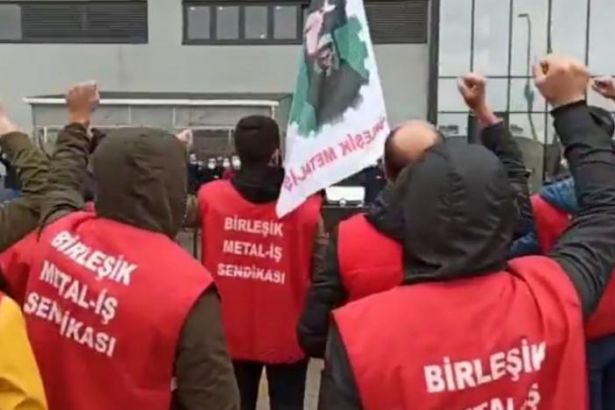 At the Systemair HSK Ventilation Industry factory owned by a Swedish investor, 46 workers who are members of the United Metal Workers’ Union (Birleşik Metal-İş) were taken on unpaid leave. Unionized workers started a resistance in front of the factory, demanding that their unpaid leave be stopped.

The union has recently announced the resistance of the workers on social media.

The metal workers union stated that Systemair Hsk workers have exercised their constitutional rights and become members of the union. If labor peace is desired in the workplace, the workers’ right to unionize must be respected and the pressure of unpaid leave must be stopped immediately.

Systemair wants to use unpaid leave against unionization. We announce that we will start the resistance in front of the factory on Monday morning unless the unpaid leave is stopped.”