Workers of Kale Conveyor in Istanbul beaten by employer 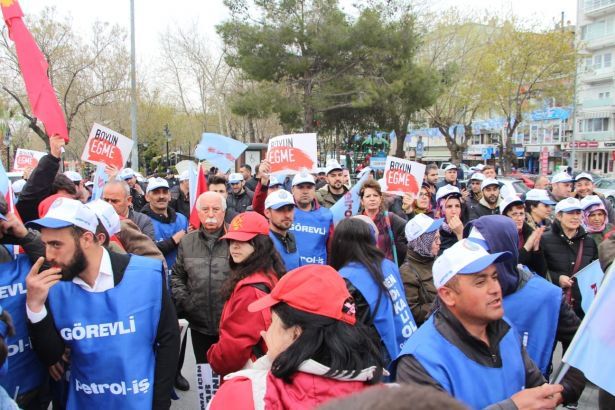 Workers at the Kale Conveyor factory in Silivri, Istanbul have been resisting against the employer's attempts to oppress the workers' right to unionize in the workplace.

On Tuesday night, the workers attended a dinner organized by the employer with their families and tried to talk with the employer after dinner.

After the incident, workers were taken to Silivri State Hospital and applied to Silivri Police Department to complain about the assault. The employer, Faruk Dağlı continued threatening the workers, saying "I will spend all my wealth to ruin you," it is reported.

Kale Conveyor workers, who are members of Petrol-İş, have been resisting for about two months against unsafe and bad working conditions and lack of rules of worker health and safety.

Petrol-İş General Financial Secretary Turgut Dusova had emphasized that the demands of the workers are not to die, not to be injured, and the necessary precautions to be taken on occupational health and safety in order not to get a fatal disease.