Women’s Solidarity Committees in various cities of Turkey are organizing photo exhibitions for March 8 to visualize the solidarity among working women. 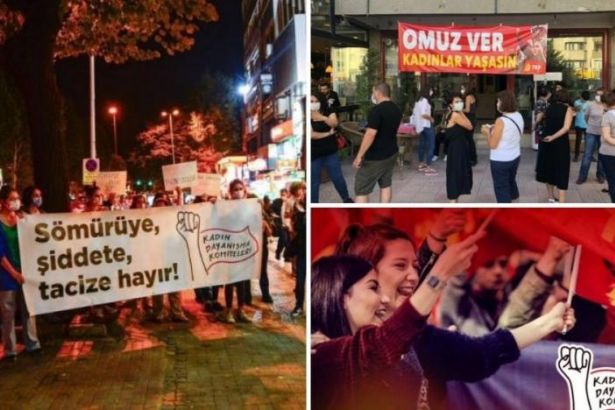 Women’s Solidarity Committees, which first announced their establishment in Turkey’s Çanakkale, İzmir, and Ankara in recent months, are increasing rapidly. Approaching March 8, the International Working Women’s Day, the Committees made a call for photo exhibitions to visualize and propagate the working women's struggle against oppression, discrimination, and violence.

On behalf of the Communist Women, Gülperi Putgül Köybaşı gave an interview about the Women’s Solidarity Committees and the photo exhibition that is being prepared.

Tracing the course leading to the establishment of the committees back to the solidarity with a woman who was attacked by her ex-boyfriend despite the protection order in Turkey’s Çanakkale, Putgül Köybaşı talked about the problems that women are facing today such as lacking the right to education, being subject to abuse, violence, mobbing and flexible working without insurance as cheap labour, and the Women’s Solidarity Committees role as the centers of resistance, solidarity and fighting back against all these.

Underlining that committees are established according to their own needs in their localities, “This can be a mobilization to find a place to stay, a job or psychological and legal support for a female friend who is subjected to violence, and has no place to go. Brochures on topics such as violence against women, physical and mental health of women, mobbing, right to free and quality daycares, exploitation of women’s labor are widely distributed. Despite the difficulties of getting together due to the pandemic limitations, the committees try to find ways to come together. Some trainings are held with the contributions of experts on topics of rights,” Putgül Köybaşı said.

Despite the pressure and all kinds of difficulties that they feel, communist women want to reflect and share their heads held up high and the strength of their solidarity in photographs, organizing a photo exhibition for March 8, the International Working Women’s Day. “We will see the refreshing hope of women coming together through Women’s Solidarity Committees for a humane life and the power of solidarity. As women who work, think and produce together, on this occasion, we will reach places that we cannot reach for now with our photographs,” Putgül Köybaşı summarizes the photo exhibition idea.

“We intend to exhibit the photos that will be sent until February 21 not only on the internet but also in some neighborhood houses of the Communist Party of Turkey (TKP) and certain places. The exhibition places will be announced on social media accounts of TKP soon.”