What did Turkey's working class lose in last 16 years?

A veteran Marxist economist and soL columnist, Korkut Boratav discussed a recent report on labour under the rule of Turkey's AKP government 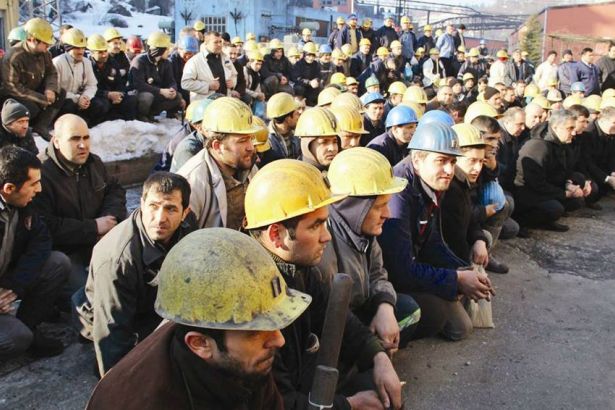 The research report titled "Labour during the AKP period: What did working class lose in the last 16 years?" is a comprehensive analysis of AKP government’s policies from the perspective of working class.

In his soL column, Boratav summarises the main findings of the DISK-AR report.

WHAT DID WORKING CLASS LOSE IN THE LAST 16 YEARS?

DISK Research Center asks the question in the title of this article and answers it in a research report: "Labour during the AKP period: What did working class lose in the last 16 years?" (DISK-AR, May 2018).

The reports of DISK Research Center (DISK-AR) are crucial resources for those who want to follow developments related to labour. I’m talking about research reports on employment, unemployment, retirees, minimum wages, and poverty level. These reports are updated as new data published. There is some continuity in the research report’s findings that allow analysing transformations in the labour markets.

Their report titled, "The Truth of Working Class in Turkey" published in the beginning of this year was different. It was describing the state of working class on one hand and giving hints about the structure and transformation of the working class on the other hand.

"Labour during the AKP period" is also a comprehensive study. It goes beyond the goal of following the recent developments and gives a detailed account of last 16 years under the AKP rule from the perspective of labour.

I want to summarise and discuss some findings of this report.

Without organisation there is no working class, there are only workers. The sum of unorganised workers can only be "working class as such" without much significance. If workers can bargain for wages and working conditions with the employers in an organised way, then they can act as a class. The economic organisation in this sense would emerge with unionisation and rights for collective bargaining and strike under the current capitalism.

The report states that the decisions to postpone strikes affecting 193,000 workers were taken during the AKP rule. These decisions intensified with emergency degrees during 2017-2018, covering 155,000 workers (80% of all workers).

We would expect DISK-AR to focus on the analysis of wages. The new GDP series gives information about the share of wages in national income. These series need to be analysed and their consistency with other data series should be tested. Hourly wages from different sectors should be analysed with sectoral productivity data. The movement in the wage productivity ratio highlights the change in the shares of gross wages and profits in sectoral value added.

The DISK report analyses how the minimum wages changed from this perspective during the AKP years.

Distributional analyses would only be meaningful if they are built on class contradictions. In this sense, it would make sense to compare wages with other types of income instead of looking at real wages adjusted for inflation.

This finding shows that the economic situation of the waged workers deteriorated in comparison to other classes in Turkey.

The scope and definitions in TUIK’s unemployment statistics have changed which makes comparisons difficult. Perhaps for this reason, the report analyses open unemployment rates starting from 2004.

It is possible to combine the past unemployment series with the new ones tolerating some statistical discrepancy. If DISK-AR could have extended the data back to 1990s, the AKP’s performance in terms of unemployment would have been much worse.

The reserve army of labour expanded quickly during the AKP years and this was reflected in unemployment statistics with sharp increases.

Increasing flexibility in labour markets doesn’t only lower wages, we can observe the impact on working conditions as well.

DISK report includes information about work hours and occupational murders in this respect.

Another striking finding of the report is about working hours. The report compares Turkey with OECD countries in terms of working hours. Colombia has the longest work hours with 50.1 hours per week. Turkey is the second with 49.3 hours. The OECD average is 40.4 hours (Figure 15).

The high average working hours in Turkey is related to decline in unionisation rates on one hand, and an increase in informal employment on the other hand. The number of workers in the informal sector was about 3.5 million in 2017. These workers might be pulling the average work hours up, working more than 50 hours weekly without overtime pay. A significant portion of Turkish working class is trying to survive under the conditions of brutally high absolute surplus value creation.

You lowered workers’ unionisation rate to 10% and the ratio of workers with collective bargaining rights to 7%. The number of occupational murders was 1,405 in 2016. You increased the average weekly working hours to 50. What else do you want?

An Overview of the Report

In addition to the main indicators of labour market discussed by Boratav, the report has other relevant elements such as:

The report ends with a final section titled, "June 24 Elections and Demands of the Working Class”. This section starts with a call for democracy and rule of law and demands abandoning the regime change and state or emergency rule. It continues with comprehensive demands to reclaim the labour rights lost in the neoliberal era.

On this occasion, I want to remind another study that has a similar topic with DISK-AR report: "Independent Social Scientists, Condition of Labor during the AKP Years" (Istanbul 2015, Yordam Kitap).

This study consisting of twenty-three social scientists’ contributions included important distributional findings. As expected, the scope of it was larger than DISK-AR report. However, it didn’t include quantitative data after 2014.

One of the effective ideological weapons of labour front in class struggle starts with exposition, examination, and analysis of distributional class contradictions of capitalism (therefore Turkey). The ruling class would escape from the distributional analyses with the chant that "we are all in the same boat".

To become an effective method, the distributional analyses of the labour front should complement each other like the rings of the same chain. The methods of analysis, indicators, and findings should guide the later studies and they should be developed and continued with the later studies.

In this respect, the DISK report titled "Labour during the AKP period” is an important ring in the chain.

Except in one list, one out of every three candidates for June 24 elections capitalist boss