We have never betrayed our allies: Erdoğan

"Those coming from 11,000 kilometres away, those paying their [YPG] salaries, if you are our ally, do what an alliance requires, and if you are not, tell us so," Erdoğan said 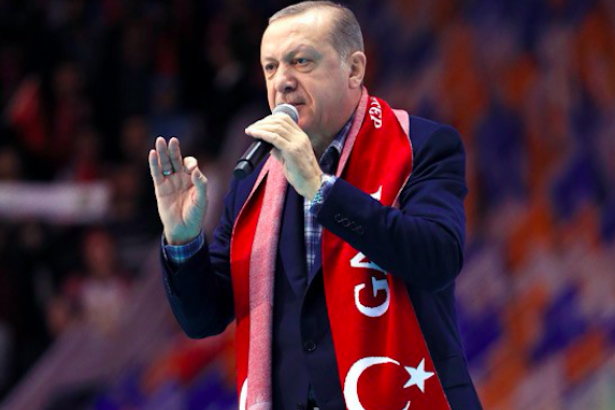 Speaking at the his ruling Justice and Development Party's (AKP) provincial congress in the southern province of Gaziantep, Erdoğan said: "Those coming from 11,000 kilometres away, those paying their [YPG] salaries, if you are our ally, do what an alliance requires, and if you are not, tell us so. We have taken steps with our allies and have not betrayed them. And we will not have respect for those who have betrayed us."

The current strategy of the US in Syria is to divide the country, to create Kurdish protectorate in the north and to leave most of the resources of the country under the control of this protectorate. Erdoğan objects to the issue of how Syria will be divided rather than its division. He offers an alternative to the US. The President aims to create an area to locate the subcontracted forces in the north under Turkey’s control.

In an interview on January 26, the General Secretary of the Communist Party of Turkey (TKP), Kemal Okuyan said Erdoğan is trying to secure the support of the U.S. and the NATO. "Erdoğan will try to prove that playing into the hands of PYD is not a wise act, both in military and diplomatic terms. In terms of domestic policy, he will prove that he is in control of the domestic arena and that other options the US is trying to nurture for political power is hopeless. Afrin serves both of these ends. He is also holding onto his Russia card," Okuyan said.

"AFTER AFRIN OPERATION OUR BROTHER WILL RETURN TO THEIR SOIL"

Later, Erdoğan also held a speech during the congress, where he reiterated AKP government's "determination to fight against terror groups in Syria" and said Turkey would return the region to its "real owners."

"Around 140,000 Syrian brothers have returned so far and started living on their own soil, which we secured during the Operation Euphrates Shield [previous cross-border operation which ended last March]."

"After the Afrin operation, our brothers will return to their own soil and end their refugee life," he said referring to the ongoing offensive in Syria's northwestern Afrin region.

Turkish army officially declared on January 20 the launch of an offensive in Afrin region in northwest Syria. The AKP government's excuse was the threat against national interests and border security.