'We are ready to resist the US for another 50 years'

soL News talked with Cuba’s ambassador to Ankara, Alberto Gonzales Casals, on the legacy of Fidel in Cuba and the country without Fidel 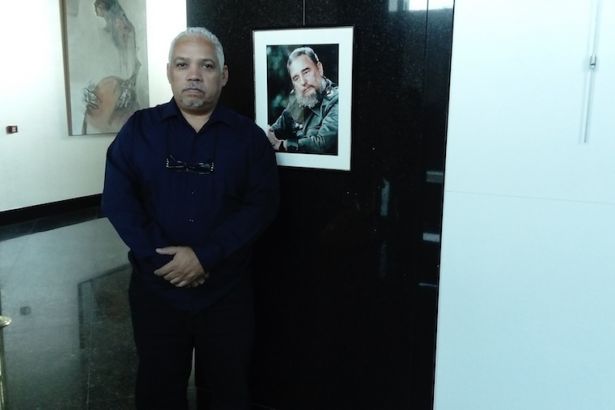 Upon the loss of the legendary Cuban leader Fidel Castro, both friends and enemies of Cuba have made complimentary statements about Fidel; however, a vigilant pleasure came from the biggest enemy, the US.

US President-elect Donald Trump apparently revealed that he considers Fidel’s death as an “opportunity” to overthrow socialism in Cuba. Furthermore, the leaders of the Republican Party have announced that Trump will try to withdraw the “initiative” which started under the presidency of Barack Obama.

soL News talked with Cuba’s ambassador to Ankara, Alberto Gonzales Casals, on the legacy of Fidel in Cuba and the country without Fidel.

‘FIDEL MEANS REVOLUTION FOR ME’

Fidel has had great importance not only for the Cuban people or Latin America but also for all the oppressed who are pursuing equality and liberty across the world. Responding to the question what Fidel means for him, Casals says, "First of all, he meant revolution for me. I was born into the revolution. My family taught me to love Fidel all the time. I have seen him as a teacher. He taught us many things, notably human dignity.

"He taught us solidarity. In my opinion, Fidel had the highest human values that a human being can reach. He was an example for me. To put it in a few words; he was revolution, human dignity, teacher and example," continued the Cuban diplomat.

Among complimentary remarks coming not only from the friends of Fidel and the Cuban Revolution in the world but also from his enemies, answering the question how Fidel could earn the respect of his enemies, Alberto Gonzalez Casals says, "Most people respect him by virtue of his courage and values, particularly the sense of justice. No one can deny his struggle against poverty and his efforts for international solidarity."

"For example," says Casals, "Fidel mobilized health labourers for solidarity in the entire world. Moreover, his moves inspired 'health brigades' in other countries. Besides, all people agree on Fidel’s honesty. One of the legacies he left to us: revolution would never lie. The Cuban State, too, was constructed on this honesty from top to bottom."

‘HE SENT DOCTORS WHEN OTHERS SENT GUNS’

Casals says, "even Fidel’s enemies accepted that because human values are in question. That is why I believe Fidel was a world leader."

"Fidel has met the peoples of the countries he visited throughout his life. Despite deep concerns since he survived over 600 assassination attempts, he always found a way of meeting the peoples. At one time a statesman who did not develop a friendly attitude towards Fidel, said: “He sent doctors to the complicated regions of the world, while other countries were sending guns.

Finally, Fidel never surrendered to any power. And this made him a unique leader both in the history of Cuba and the world," continued Casals.

Considering that Cuba and the Communist Party of Cuba made preparations for a “Cuba without Fidel”, and that US President-elect Trump sees this as an opportunity for a capitalist restoration in Cuba, regarding the question on the position of Cuba after Fidel, Casals says, "We need to make a distinction between those who have sincere anticipations about the changes in Cuba and those who have a hostile approach to Cuba."

"Frankly speaking, we wonder whether those have such concerns know Cuba very well or not. Cuba would abandon socialism only if we betrayed Fidel’s ideas. Fidel taught some values. However, it should be known that we would not surrender.

We lived through deep crises and economic challenges. Despite the fact that we lost many lives and comrades during the revolutionary period, we survived.

We, honestly, think that we will stick to Fidel’s ideas after we have lost him, that we will create a new ideological and political mobilization, and that we will be much more assertive in building socialism against imperialism," continued the Cuban diplomat.

‘WE ARE READY TO RESIST THE US FOR ANOTHER 50 YEARS’

"We have been organizing this period [Cuba without Fidel] recently. Our biggest aim is to maintain socialism and our political/ideological line in Cuba. We are accustomed to imperialists’ approach. They want to make the people believe that a period will be over with deaths of significant figures. That will not happen to Cuba," says Alberto Gonzalez Casals and adds:

"Because our tradition dates back to pre-revolutionary period. They thought that this struggle would have ended when our leaders were killed during the independency war of Cuba against Spain. They thought so when they murdered José Martí. Yet, they could not stop the fight for revolution and independency in Cuba.

We witnessed the death of the founder of the Communist Party of Cuba. Our comrades died during the revolution, and we lost such leaders as Camilo and Che after the revolution. However, the revolution continued.

Of course Fidel is so unique that the Cuban people and the world are mourning for him. But what he taught us was “to continue”.

When he started the struggle against Batista’s dictatorship, they were 82 in the Granma yacht and only 12 could survive. However, Fidel said at that moment, “Alright, we will accomplish the revolution”. What Fidel taught us is this idea and soul.

As for the US, we have had consistency on this issue. We have always wanted normal relations with the US providing that they respect our sovereignty and our assertiveness to build socialism. We hope that the US maintains positive relations with Cuba. Otherwise, we are ready to resist for yet another 50 years," concluded the Cuban Ambassador Alberto Gonzales Casals.