We are inspired and guided by Lenin's work: European Communist Initiative

European Communist Initiative commemorates the 150th anniversary of the birth of V. I. Lenin with a statement. 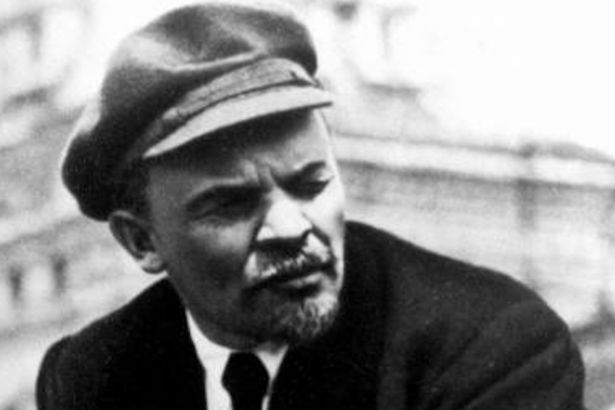 European Communist Initiative (ECI) issued a statement on the 150th anniversary of the birth of V. I. Lenin. ECI says it is inspired and guided by Lenin’s work and committed to relentlessly continuing on the same path, defending his legacy to achieve its revolutionary goals.

This year marks the 150th anniversary of the birth of Vladimir Ilyich Lenin, the leading continuator to the revolutionary teaching of Marx-Engels with his enlightened scientific thought, the popular leader and ardent revolutionary, the founder of the Party of a New Type and the first socialist state in the world. The great leader of the Russian proletariat devoted his entire life to the struggle for the social liberation of the working class and all oppressed masses.

The Party of a New Type is Lenin's crucial ideological and political legacy in the working-class all over the world. Lenin was the first to diagnose and formulate the necessity of a consistent revolutionary party of a new type, equipped with the Marxist worldview without which it is impossible to prepare and carry out the revolution. History, with Lenin himself being at the forefront, has shown that only the Communist Party of the New Type, the vanguard section of the working class and its highest form of organization are able to organize and guide the struggle of the working class in overthrowing capitalism and constructing socialism. With the positions he expressed in April 1917, he set the immediate goal of workers' power, so that the Bolshevik Party could prepare and successfully carry out the Socialist Revolution in Russia.

In his multi-faceted theoretical and practical work, Lenin illuminated great and complex theoretical problems of human society in the era of imperialism. Using his conclusions, he pointed out the way and preconditions for the victorious struggle of the working class.

His teaching on imperialism, the socialist revolution and the dictatorship of the proletariat, the Party of a new type and its principles, the agrarian and national question, among others, is invaluable, while he also developed the theoretical foundations of the construction of the new society, i.e. socialism. His work is of great theoretical and practical importance, studying the development of capitalism at the turn of the 19th and 20thcentury, finding that it had passed to its highest and the last stage of development, i.e. imperialism, where all its contrasts are sharpened to the fullest. The importance for the ideological and political documentation of the uneven economic and political development that creates the possibility to break the chain of the international imperialist system at its weakest link is truly special.

His work entitled "On the Slogan for a United States of Europe" is a valuable timeless resource for the struggle of the communists in Europe, in which it is emphasized that under a capitalist regime they are either impossible or reactionary. This conclusion has been justified and confirmed in life by refuting both the forces of opportunism in Lenin's time as well as the apologists of the EU and the interstate unions of the capital in our time. Lenin was opposed to any distortion of revolutionary theory and considered the uncompromising struggle against opportunism to be one of the most basic conditions for the victory of the socialist revolution.

The consistent internationalist action of the Bolsheviks under Lenin's guidance and the establishment of the Third Communist International as its fruit are a cornerstone of the international communist movement, highlighting the task of separating the revolutionary forces from the opportunist parties at an international level and denouncing the treacherous stance of the parties of the Second international which, supporting the bourgeoisie of their countries, called on the working class to be led to slaughter for the interests of the capital.

Today, Lenin's didactic and timeless work exposes all those who try in vain to slander or conceal it. It is a thorn in the side of capitalist barbarity, which we are experiencing in these days of the pandemic with the tragic deficiencies in the health sector and the fierce competition of monopolies which burden on the peoples crises, wars and becoming refugee, emphasizing the necessity of socialism more than ever.

It is an answer and a guide for the contemporary action of the CPs around the world and the struggle of the working class and its allies in each country.

The European Communist Initiative is inspired and guided by Lenin’s work, it is committed to relentlessly continuing on the same path, defending his legacy to achieve our revolutionary goals.