On July 20, 2015, a suicide bomb attack carried out by the Islamic State claimed the lives of 33 young leftists who came together in Suruç district of Turkey’s southeastern province of Şanlıurfa to help war-weary children in Syria’s Kobane. Five years have passed since the massacre, and its perpetrators have not been put on trial while murderers have been protected by the Turkish government. 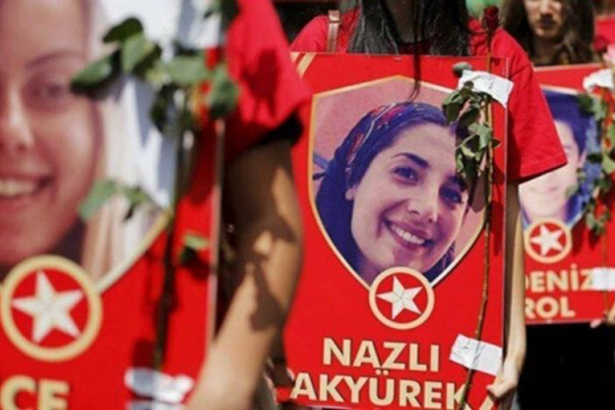 A suicide bomb attack carried out by Abdurrahman Alagöz, a member of the Islamic State (IS), claimed the lives of 33 young left-wing people from the Federation of Socialist Youth Associations (SGDF) who came together in front of the Amara Cultural Center in Suruç district of Turkey’s southeastern province of Şanlıurfa on July 20, 2015, on the purpose of providing war-weary children in Syria’s Kobane with toys and humanitarian aid materials.

As more than 100 people were wounded in the explosion, the perpetrators of the massacre have not been punished in the past five years and the Turkish government has continued to protect them by shutting its eyes to the bloodshed.

Evidence regarding the massacre was insufficiently collected, and the lawyers could not access the relevant information in the case because a confidentiality order was imposed by the Turkish authorities on the file on July 23, 2015, on the ground that ‘‘the examination of the documents in the file would jeopardize the purpose of the investigation.’’

Moreover, the lawyers’ request for an investigation was rejected by the court without any justification, although the expert reports proved that certain scenes from the video footage regarding the massacre were cut and manipulated.

The indictment was filed after 18 months. As the only defendant of the case who was not a fugitive did not attend the hearing, Mehmet Yapalıal, then-police chief of Suruç who was one of those responsible shutting its eyes to the massacre despite the intelligence reports, was only fined 7,500 Turkish Lira [~$1,000] for ‘‘neglect of duty and misconduct in office’’. The court has ruled that Yapalıal shall pay the fine in 12 instalments.

Three days before the Suruç massacre, Halis Bayancuk, a member of the Islamic State, had called for jihad in Ömerli district of Istanbul. All these incidents were as clear as black and white, indicating how the Turkish government attempted to conceal a blatant bloodbath.

On July 20, 2015, around 300 young leftist people came together in Suruç district of Şanlıurfa province upon the call of the SGDF to help war-weary children of Syria’s Kurdish populated canton of Kobane fighting against the Islamic State. While the young left-wing activists were in front of the Amara Cultural Center for the press release, a suicide bomb attack was carried out by an Islamic State militant, Abdurrahman Alagöz. 33 young people lost their lives and more than 100 were wounded, as the Islamic State claimed the responsibility of the attack.

According to the eye-witness reports, the police had not taken ‘‘high-level security measures’’, and it was remarkable that the police officers kept the distance from the crime scene before and after the attack.

The ruling Justice and Development Party imposed a broadcast ban on footage that showed the moment of the massacre, and then a confidentiality order was imposed on the file on the ground that ‘‘the examination of the documents in the file would jeopardize the purpose of the investigation.’’

WHO WERE THE PERPETRATORS OF THE MASSACRE?

The murderer Abdurrahman Alagöz was the member of the Islamic State-affiliated ‘Dokumacılar’ (the Weavers in English) group in the southeastern province of Adıyaman.

Interestingly, the Turkish intelligence did not know anything about the Weavers carrying out open activities in the province in the name of the Islamic State through a teahouse called ‘‘Islam’’ operated by Abdurrahman Alagöz and his brother Yunus Emre Alagöz.

It is seen in the video footage before the massacre that Alagöz had walked around the Suruç streets for three hours without any security check and entered the area he would explode the bomb.

Furthermore, the suicide bomber, Abdurrahman Alagöz, was later discovered to be a wanted terror suspect, along with his brother Yunus Emre, the perpetrator of another massacre that took place in Ankara on October 10, just 3 months after the Suruç massacre, leading to the death of 109 people and more than 500 wounded.

Yakup Şahin, one of the defendants, was arrested as a suspect of the Ankara massacre carried out on October 10, 2015, and has also been on the trial of the Suruç massacre so far.

Şahin, the arrested defendant of the cases of Suruç and Ankara massacres, has not brought to hearings until now. Despite the clear evidence that the murderers were supported from inside the state and they had links with the perpetrators of the Ankara Massacre, the Turkish government has not taken any concrete steps to reveal the truth behind the massacres that claimed the lives of 142 people as a result of these two suicide bomb attacks in Suruç and Ankara.

The court documents about the attack had revealed the Turkish intelligence knew the key culprits involved in planning and executing the suicide vehicle bombings on October 10, 2015, in Ankara, but allowed them to carry out the massacre. Then-Turkish Prime-minister Ahmet Davutoğlu had said that the government could not arrest suicide bombers until they acted, even though the authorities had a list of names of potential suicide bombers.

On Yakup Şahin, who has not brought to hearings so far, Davutoğlu had told, ‘‘We caught the suicide bomber and brought it to justice’’ on the day of the massacre.

JUDICIAL PROCESS AFTER THE MASSACRE

In the investigation carried out with a confidentiality order, the indictment filed by the Şanlıurfa Chief Public Prosecutor's Office 18 months after the massacre, the authorities demanded that three defendants, one of whom was arrested, be given aggravated life sentence aggravated for 104 times each on the grounds of ‘‘attempting to abolish the democratic constitutional order with the use of force and violence, being a member of an armed terrorist organization, murdering by planning and using fire, bombing, or nuclear, biological and chemical weapons’’.

According to the indictment, the perpetrators of the Suruç massacre were suicide bomber Sheikh Abdurrahman Alagöz, Yunus Durmaz and Halil İbrahim Durgun, the organizers of the October 10 massacre in Ankara in 2015 who were claimed to be killed in a police raid on the Islamic State cell in the southeastern province of Gaziantep in 2016, Yakup Şahin, one of the defendants of the October 10 massacre, Deniz Büyükçelebi, the fugitive Islamic State militant ‘‘responsible’’ for the terrorist group’s actions on the Turkish-Syrian border, and the Islamic State’s Turkey leader İlhami Balı, who is responsible for ordering a number of deadly bomb attacks, including the massacres in Suruç and Ankara.

Since fugitive suspects Deniz Büyükçelebi and Ilhami Balli are in Syria, and other defendants Yunus Durmaz and Halil İbrahim Durgun are claimed to be ‘dead', the only defendant of the case is Yakup Şahin.

Yet, the responsibility of state officials turning a blind eye to the massacre was never included in the indictment filed.