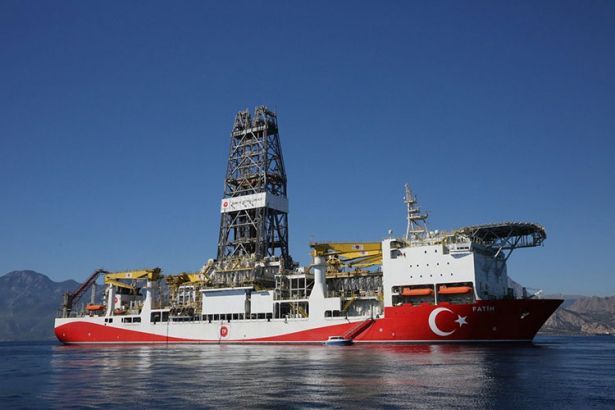 The US and EU said they were in deep concern over Turkey's plans for offshore drilling operations in an area claimed by Cyprus as its exclusive economic zone.

Turkish Foreign Minister Mevlüt Çavuşoğlu expressed last week that Turkey will start drilling in the region. "We will conduct drilling in areas of Turkey's continental shelf and we are starting our drilling work at points identified by Barbaros Hayrettin Pasa," the minister said.

After Turkey's statement, the US State Department spokesperson Morgan Ortagus said on Sunday that "The United States is deeply concerned by Turkey's announced intentions to begin offshore drilling operations in an area claimed by the Republic of Cyprus as its Exclusive Economic Zone."

EU foreign policy chief Federica Mogherini also expressed concern and said: "We urgently call on Turkey to show restraint, respect the sovereign rights of Cyprus in its exclusive economic zone and refrain from any such illegal action to which the European Union will respond appropriately and in full solidarity with Cyprus."

The tension between the US and Turkey has already risen because of Turkey's insistence of purchasing Russian missiles. The Russian missiles, S-400s, are to be delivered in July, while the US continues to send warnings that the delivery of S-400s could trigger sanctions coming from the US. The delivery of America's F-35s, in which Turkey is a production partner, to Turkey is also under threat.