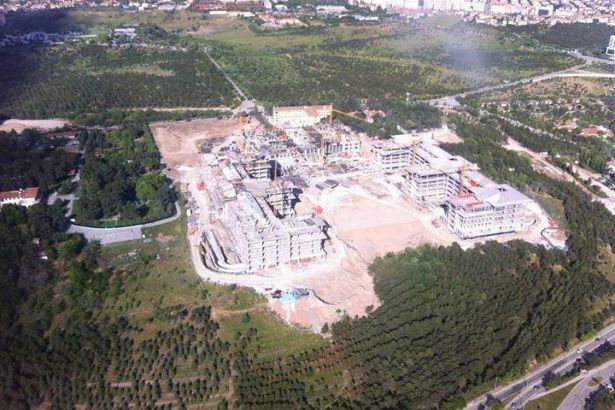 An additional building will be added to the presidential palace, a building that has already had more than 3 billion TL [$795.5 million] spent on it until now.

The Presidency spent a total of 491 million TL [$132 million] from the budget in 2017, 210 million TL [$56 million] of this amount being spent on the construction of additional service buildings. By the end of 2017, the total expenditure spent on expanding the presidential palace and its surrounding areas in Ankara reached 2 billion 618 million 800 thousand TL [$695 million].

The construction is slated to take place on the Atatürk Forest Farm in Ankara's BeştepeTneighborhood. The territory of Atatürk Forest Farm is a conservation site and protected area, which was donated by Mustafa Kemal Atatürk, founder of the Republic of Turkey, to the Turkish people in 1937. Any construction on the ground is prohibited. The land, where the Forest Farm is located, was bought by Atatürk back in 1925 with his own money and was then turned into a forest farm. This territory is a Turkish national heritage site which preserves the memory of the founder of the Republic of Turkey.

The term "Kaç'Ak Saray," which calls to mind the Turkish word "kaçak," meaning illegal, was first coined after that decision.

Commenting on the court's injunction, then-Prime Minister Recep Tayyip Erdoğan, who shortly afterwards became the president, was quoted as saying, "If they have the power, let them destroy it." Erdoğan further challenged the court's decision, saying regardless of the ruling, the construction would not stop. "I will open it and sit inside it," Erdoğan added.

The actual number of rooms in the building remains a mystery. In the wake of some intense public debates, Erdoğan announced that the palace had some "1,150 or so" rooms.

The Chamber of Architects, however, after examining the plans of the structure, announced that based on technical calculations of their own, it appeared that there were at least 2,000 rooms in the part of the building visible to the eye alone.

Atatürk Forest Farm land sold to US Embassy in Ankara

Chairman of the Chamber of Architects of Turkey: Justice for Atatürk Cultural Centre