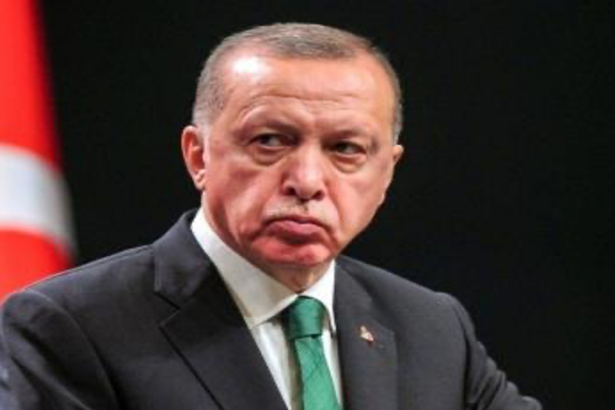 The Turkish government plans to introduce a new legal arrangement to change the structures of professional associations including bar associations and medical chambers, President Recep Tayyip Erdoğan said on Tuesday during the meeting of the Central Executive Committee of his ruling Justice and Development Party (AKP).

Reminding that there are many arrangements that have been initiated or pending to be concluded and one of them is the draft for the re-determination of the electoral procedures of the professional organizations, particularly bar associations and the medical chambers, Turkish President Recep Tayyip Erdoğan stated, ‘‘We witnessed reckless attacks on Islam in the person of the President of Religious Affairs by the Ankara Bar Association and the organizations with the same mentality last week.’’

‘‘Even this example alone has shown the urgency of legal regulation regarding the electoral procedure of professional associations, and we should submit it to the Parliament’s approval as soon as possible,’’ he continued during the teleconference meeting of his party.

WHY DOES THE GOVERNMENT WANT TO CHANGE THE STRUCTURE OF PROFESSIONAL ASSOCIATIONS?

Last week, the President of Turkey’s Religious Affairs, Ali Erbaş, had claimed that homosexuality curses people and it brings diseases and degenerates the generation, referring Quran verses that Islam accepts adultery as one the greatest sins forbidden by the religion [haram].

After the President of Religious Affairs’ homophobic remarks targeting LGBTI+ community and HIV positive people, the Ankara Bar Association had issued a statement that condemns Ali Erbaş and his reactionary mindset inciting people to hate and enmity.

Upon this statement criticizing the President of Religious Affairs, Turkey’s Islamic-rooted AKP government has launched an investigation into the heads of the Ankara Bar Association on suspicion that they have insulted the religious values of the Turkish people.

The Turkish Medical Association (TTB), on the other hand, had revealed the status of health workers, COVID-19 patients and health institutions throughout the country with the reports they have prepared weekly since the outbreak.

The Union of Chambers of Turkish Engineers and Architects (UCTEA), another professional association targeted by President Recep Tayyip Erdoğan, has long strived to protect cities and nature against the government’s anti-environmental and profit-seeking policies via legal struggles.

Speaking to soL news regarding the Turkish President Recep Tayyip Erdoğan’s statements targeting professional associations in the country, lawyer Özgen Hindistan, the Executive Board Member of the Ankara Bar Association, said, ‘‘Turkish government’s only aim is to silence dissident organizations advocating rights and law, such as TTB, UCTEA and the Union Of Turkish Bar Associations (TBB). We will continue our struggle.’’

Pointing out that the government’s project to change the electoral system of the bar associations had been brought up before, Hindistan told, ‘‘The main reason behind this project is that the number of delegates in the elections increases based on the number of lawyers affiliated to the bar associations. For instance, there are 18 thousand lawyers within the Ankara Bar Association, and thus it has 54-55 delegates for elections the Union of Turkish Bar Associations. There are approximately 40 thousand lawyers within the Istanbul Bar Association, so let's say they have 130 delegates in return for the elections.’’

‘‘For example, there are 20 delegates in small bar associations such as the Rize Bar Association, because it has only around 150 lawyers in total. Under these circumstances, the Chair of the TBB is elected by the bar associations, who have more delegates, and the organization is formed in this way,’’ he added.

‘NEW’ SYSTEM IMPOSED BY AKP: TESTED WORLDWIDE BEFORE AND FALLEN INTO DISUSE

Thus, the Turkish government aims to change the structure of the electoral procedures and prevent bar associations with a high number of lawyers from being decisive in the elections.

‘‘Their aim is to suppress dissident organizations advocating rights and law, such as TTB, UCTEA and the Union of Turkish Bar Associations (TBB),’’ continued Özgen Hindistan, adding that the so-called ‘‘new’’ system imposed the AKP had been tested worldwide before and fallen into disuse.

Reminding that political powers have always tried to silence lawyers for centuries but failed to do it thanks to lawyers’ struggles against suppression, Hindistan concluded, ‘‘Advocacy is one of the oldest professions in history; it is a profession to advocate the rights for humans and the rule of law. Therefore, we will continue our struggle.’’