Turkish Halkbank executive jailed in U.S. expected to be released

Hakan Atilla, an executive from state-lender Halkbank, who has been jailed in the U.S. for helping Tehran get around the U.S. sanctions, is expected to be released on July 19, according to recent reports 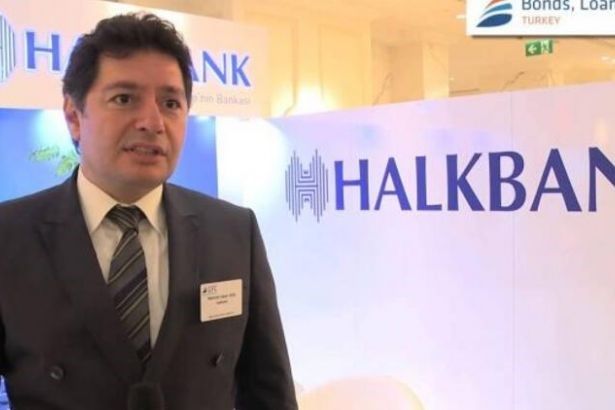 Mehmet Hakan Atilla, the Former Deputy CEO of Turkey’s state-run lender Halkbank, is claimed to be released on June 19, 2019. Atilla was put on trial on the charge of violating U.S. sanctions against Iran in the lawsuit brought against Turkish-Iranian gold trader Reza Zarrab, and arrested in March 2017 while on a business trip in the U.S for helping Tehran get around the U.S. sanctions.

The lawyers of Mehmet Hakan Atilla said that although the release date is expected to be on July 19, there is an additional bureaucratic process, Voice of America (VOA) reported on Wednesday.

ATİLLA TO RETURN TO TURKEY

According to the information given by his lawyers, after he will be questioned by the authorities of the migration office following the release as a routine process, Mehmet Hakan Atilla is expected to return to Turkey.

Just after the telephone conversation between the U.S. President Donald Trump and Turkish President Recep Tayyip Erdoğan last month, the Turkish government had released the U.S. citizen and NASA worker Serkan Gölge, arrested in 2016 on the charge of being a member of Fethullah Terror Organization (FETÖ), led by the U.S.-based Islamic preacher Fethullah Gülen, the prime suspect of the failed June 15 coup in Turkey.

On Tuesday, Nazmi Mete Cantürk, the U.S. Consulate General Istanbul, who had been under house arrest since 2017 on the charge of being a member of FETÖ, was released by the Istanbul 27th Heavy Penal Court on the eve of a meeting between the U.S. President Donald Trump and Turkish President Recep Tayyip Erdoğan at G-20 Summit to be held on June 28-29 in Osaka, Japan.

Reza Zarrab was the prime suspect in a major corruption investigation in Turkey that became public in December 2013 in which then-Prime Minister Recep Tayyip Erdoğan’s inner circle was implicated. Zarrab was arrested by the U.S. authorities in Miami in March 2016 on charges of helping Iran process millions of dollars of transactions when it was under U.S. sanctions for its nuclear program.

The prosecutions of Atilla and Zarrab have raised concerns at the highest levels of Turkish power. Foreign Minister Mevlüt Çavuşoğlu had called Atilla’s arrest “political”, while Erdoğan had accused U.S. authorities of having ‘‘ulterior motives’’ in prosecuting Zarrab.