AKP government will continue its privatization thrusts in the next year by using alternative models including ‘public offerings’, Treasury and Finance Minister Berat Albayrak said on Wednesday 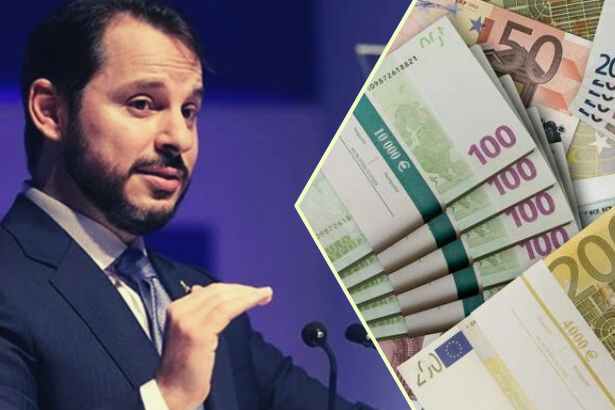 The Turkish government will intensify its privatization strategies in 2020 with new alternative models including "public offerings", Turkey’s Treasury and Finance Minister Berat Albayrak stated in his presentation at the Parliament’s Planning and Budgeting Commission on Wednesday.

Albayrak also suggested that the inflation rate in Turkey will be 8.5 percent by 2020.

Saying that the government authorities expect the unemployment rate to be 12.9 percent by the end of this year, Treasury and Finance Minister Berat Albayrak noted, "We aim to keep the budget deficit/GDP ratio below 3 percent as of the end of 2019."

"We will permanently reduce the inflation rate to low single-digit levels by implementing structural measures that will promote competition and productivity through coordination of monetary and fiscal policies," he added.

PUBLIC RESOURCES WERE SOLD FOR AN ANNUAL BILL

In his this week’s article, Kadir Sev, the Former Commissioner of Audit and columnist at soL news, has shown how public resources were wasted during Turkey’s privatization process between September 1986 and 2019 by indicating certain striking data.

Stating that Turkish governments earned $71 billion from the sales of public enterprises between September 1986 and 2019, Kadir Sev noted, "Approximately $20 billion of this money was spent on maintenance, repair and legal obligations of the enterprises, while the remaining $50 billion was added to the budgets of years they were sold."

"Let’s make a brief comparison to understand the severity of the situation: According to the Turkish Statistical Institute (TurkStat), Turkey paid $43 billion for energy imports in 2018. It is expected to be $45 billion this year. So it means that we [referring the Turkish government] sold all our savings in return for an annual energy bill," Kadir Sev underlined in his article.

Reminding that people should not pay attention to the information regarding the sales of public enterprises for $71 billion in order not to shade the truth, Sev stated, "Turkish government sold Türk Telekom [the formerly state-owned Turkish telecommunications company privatized in 2005] for $6.2 billion. Yet, the Lebanese Hariri family, who acquired a controlling 55% stake of Türk Telekom as Ojer Telekomunikasyon A.S. (Otas) - a subsidiary of Oger Telecom – paid and invested by borrowing from domestic banks."

Noting that the truth behind the privatization of Türk Telekom has revealed when Mohammed Hariri did not pay his debts to banks, Kadir Sev wrote that "The banks swindled by the Hariri family went into a partnership to operate Türk Telekom. If they manage to make a profit, they will collect the debts."

A vast number of similar examples regarding public loss arising from privatizations can be found, Sev concluded.

NEOLIBERAL ATTACKS ALONG WITH PRIVATIZATIONS: A CHARACTERISTIC OF THE AKP GOVERNMENT

Even though neoliberal policies promoting privatization of state enterprises began to be implemented in Turkey much before the AKP government, particularly with the coup d’etat in September 1980, the ruling AKP has intensified the severity of privatization thrusts throughout its 17-year in political power by making benefits of crucial public enterprises to national and international capital, while promoting anti-labor policies attacking workers’ rights and working conditions in the country.

Apart from the formerly state-owned telecommunication company Türk Telekom, Turkey’s ruling Justice and Development Party (AKP) privatized a series of long-established public enterprises, including many strategically important ones for Turkish economy such as petroleum refinery TÜPRAŞ, tobacco and alcoholic beverages company TEKEL, plants of the Meat and Fish Institution, the Dairy Industry Institution and factories producing fodder and sugar.