Public health specialist and soL columnist İlker Belek evaluated the practices of the Justice and Development Party (AKP) government during the coronavirus pandemic in Turkey. 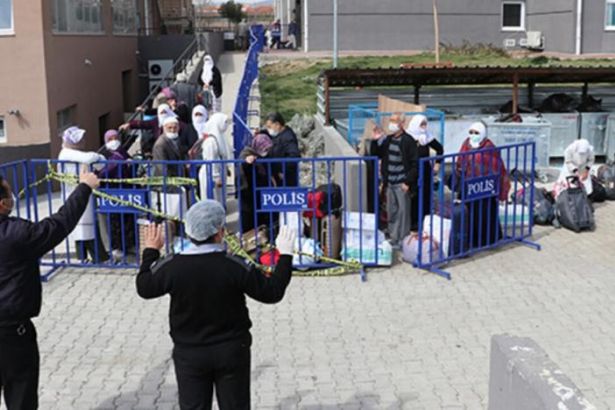 As the first confirmed COVID-19 case in Turkey was identified on March 11, Belek listed the irreparable faults of the Turkish government since that time.

The faults regarding the curfew practices

“The production should have been stopped at least for 14 days (for incubation period) in all the sectors except the economically critical sectors in order to control the outbreak,” Belek says, adding the AKP government did not prefer such a curfew.

Belek notes that the government’s call for “staying home” or “social distance” has only covered the bourgeois strata and the people who could work at home while the working class has had to continue to work during the pandemic.

Referring to the government’s first practice of curfew on April 10, Belek underlines that this implementation was disastrous since the government declared the decision just 2 hours before the beginning of the curfew for the weekend. According to some research, however, around 250 thousands of families (12 percent of all the families in Turkey) flooded the streets and markets in panic because of such a late declaration of curfew.

Belek points out that Turkey’s Health Ministry announced that the Turkish Football Federation was authorized to resume the football games around the country. Therefore, the federation decided to resume the games on June 12.

Belek underlines that the Turkish government stopped the air travel on February 5 between Turkey and China although the Chinese government had announced the coronavirus outbreak in January.

Belek reminds that the AKP government sent thousands of refugees and immigrants, mostly Syrian, to the borders with Europe as of February 26 to use them as a threat against the Western countries following Turkey’s military operations in Syria’s Idlib.

Despite the first confirmed coronavirus case on March 2 in Saudi Arabia, the quarantine practice for the Turkish people returning from Islamic pilgrimage started only after March 15.

As Belek says, however, thousands of people were just recommended not to leave their homes; so this was not a proper practice of quarantine. Similarly, collective prayers at mosques were banned very late, on March 16.

The faults regarding the medical aspects

From the medical perspective, Belek notes that the number of coronavirus tests in Turkey were very low for a long time. The number was only 12,000 as of March 19. The number of daily tests reached 10,000 on March 28 as the Turkish government was trying to import test kits from China.

As Belek says, only after April 14 the patients with fever and cough were allowed to be tested for the novel coronavirus as the criterion for the tests had been respiratory problems before April 14. Meanwhile, at the beginning of May, when the number of cases started to reduce, the number of the tests reduced as well.

Belek underlines that the Turkish Health Ministry did not identify those, whose tests were negative but had coronavirus suspicion due to their tomographies, as the case of COVID-19 despite the demands of the World Health Organization. Similarly, those who were tested negative but died from COVID-19 according to their tomographies were not coded as COVID-19 cases but as viral pneumonia.

The faults regarding the supply of protective equipment

7,428 health workers, 6,2 percent of total cases, were infected until the end of April. According to the Turkish Medical Association, 78 percent of the health workers had difficulty in accessing to N95 masks while 74 percent did not have protective equipment.

Belek concludes that there were serious problems in supplying masks for the society in general. First, the Health Ministry announced that wearing masks were unnecessary. Meanwhile, the price of masks skyrocketed around the country.

Then, the government declared that the masks would be supplied for free for the public. However, most of them could not get free masks because of the government’s disorganized practices.

According to the information shared by the Turkish Health Ministry, the number of the coronavirus cases reached 133,721 while the death toll rose to 3641.