After the Ankara Bar Association criticized the President of Religious Affairs Ali Erbaş’s hate speech targeting the LGBTI+ community last Friday, Turkish government has launched an investigation into the heads of the bar association. 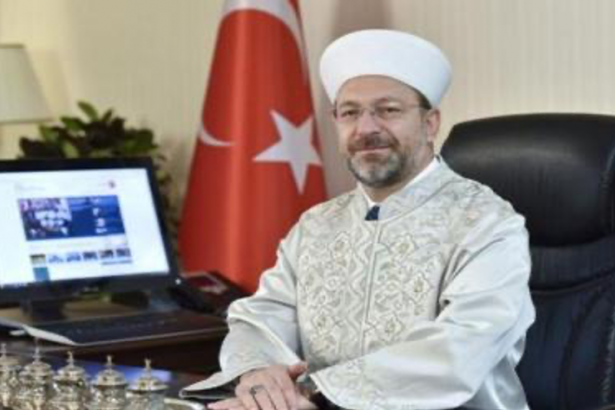 Turkey’s Islamic-rooted Justice and Development Party (AKP) government has launched an investigation into the heads of the Ankara Bar Association on April 27 on suspicion that they may have insulted religious values of the Turkish people following the lawyers condemned Ali Erbaş, the President of the Presidency of Religious Affairs (the Diyanet), for his statements targeting LGBTI+ individuals in the Friday sermon, khutbah.

After Erbaş had suggested that homosexuality causes illness in his Friday sermon on April 24, he got public reaction by several rights organizations, politicians, and bar associations.

Stating that Islam accepts adultery as one the greatest sins forbidden by the religion [haram], the President of Religious Affairs Ali Erbaş had claimed that homosexuality curses people and it brings diseases and degenerates the generation.

Erbaş had also suggested that hundreds of thousands of people are exposed to the human immunodeficiency virus (HIV) leading to AIDS due to this ‘‘adultery’’ considered as haram in Islam, calling Muslims to fight together to protect people from such ‘‘evil’’.

Upon the President of Religious Affairs’ homophobic remarks targeting LGBTI+ community and HIV positive people, the Ankara Bar Association said in their statement that they condemn Ali Erbaş and his reactionary mindset inciting people to hate and enmity.

‘‘What we are surprised about is the blood-smelling dare of this individual, Ali Erbaş, whose voice is coming from the primitive times, in provoking hate and enmity through establishing his discourse on so-called values considered holy as occupying a position at a state institution,’’ the bar stated, adding his comments were against human dignity.

Pointing out that the President of Religious Affairs Ali Erbaş receives his salary in exchange for biting his tongue in the face of sexual abuse of children and trying to legitimize violence against women and misogyny on Islamic grounds, the bar association also warned, ‘‘No one should be surprised when the President of Religious Affairs invites people to burn women with torches accusing them of being ‘witches’ in his next speech if he continues staying in his office despite these hateful statements on LGBTI+ people, women, and children.’’

While the bar associations denounce the country’s top religious authority’s comments as very dangerous and harmful to human dignity, AKP officials took to their social media accounts to defend Erbaş, using a hashtag ‘‘Ali Erbaş is not alone’’.

AKP spokesperson Ömer Çelik said on his Twitter that ‘‘It is the most natural right for people to speak according to the value system they believe in,’’ referring the hate speech of the President of Religious Affairs, Ali Erbaş.

Claiming that ‘‘what is abnormal is demanding the contrary’’, Çelik accused the Ankara Bar Association of having a ‘‘fascist mentality’’ that sought to deprive Ali Erbaş of his right to freedom of expression.

Presidential Spokesperson İbrahim Kalın claimed Erbaş had voiced the ‘‘divine judgment’’, stating, ‘‘Those who defame the judgments of Allah ─who has created time and space─ would be disappointed in this world and in the timeless existence.’’

‘‘The voice that you arrogantly humiliate by saying that ‘it’s coming from ages ago’ is the voice of Islam that’s above all ages and that will prevail till doomsday,’’ Gül said, condemning the statement issued by the Ankara Bar Association.

Although homosexuality is not a crime in Turkey, Islamic AKP rule continuously attempts to suppress LGBTI+ community in the country, banning them from gathering for pride parades, attacking their mass gatherings with police forces every year.

'We will defend our right to live, the science, and enlightenment!': Communist LGBTs