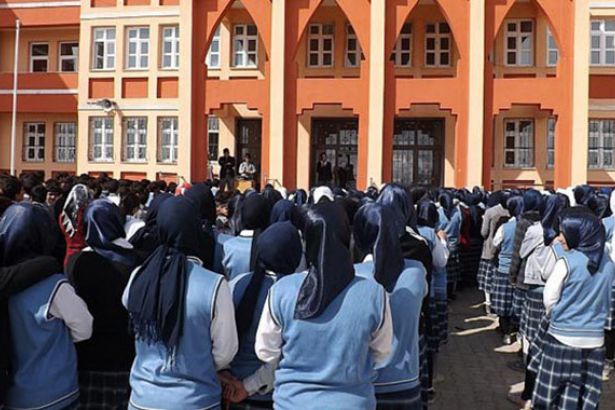 Yet, over 180,000 students could not enrol in any high schools due to the fact that they did not choose to have education in imam hatip schools.

In a statement made by the Union of the Labourers of Education and Science (Eğitim-İş) regarding the issue, it is said that "Our concerns about this system that would cause unwilling placements of students by forcing them to enrol in imam hatip high schools or private schools have unfortunately turned out to be right."

"We had also underlined that this change in the system was a step of the project imposing a full-scale privatization and Islamization of our educational system. Accordingly, the Ministry of National Education must also clarify the number of students enrolled in private high schools and the number of students who will have to go to open high schools," the Union of the Labourers of Education and Science’s statement noted.

According to the data on the placement results of the Ministry of National Education, 91,687 candidates could not enroll in any high schools, while 342,392 quotas ─ mostly vocational high schools and Islamic imam hatip high schools ─ have remained empty.

However, the statement pointed out that "Although the Ministry of National Education data indicates 91,687 students could not enrol in any high schools, this number increases to 183,000 when taking the students who compulsorily preferred imam hatip high schools as their fourth or fifth choices into account."

The statement also suggested that "Imam hatip high schools, unnecessarily introduced within the past years in order to ingratiate with the political power despite no demand from the people, must be immediately turned into public Anatolian high schools."

"The fact that imam hatips have not been preferred by both the students and their families signifies that our people correctly understand these types of schools cannot be a guide for our children planning to have an academic future," the statement emphasized.

As the ruling AKP has been trying to impose Islamization of Turkey’s educational system throughout its 16-year-policy, the Ministry of National Education had significantly loosened the conditions for the foundation of Islamic vocational schools named imam-hatip last year, while restraining the percentage of students in science high schools within the national education system.

In January 2018, a report in Reuters news agency had indicated that total numbers of children enrolled in imam hatip schools have risen fivefold to 1.3 million students in over 4,000 schools since 2012 when imam hatip education was extended to middle schools for children between 10-14. 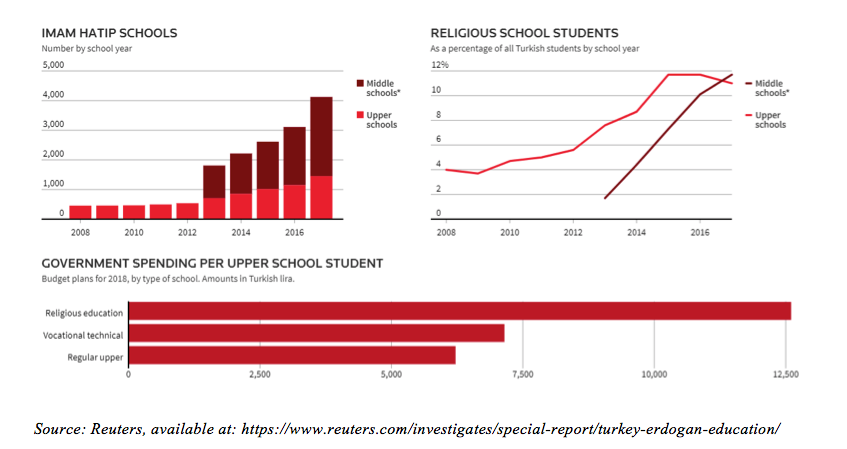