Turkey’s Foreign Minister Mevlüt Çavuşoğlu stated that Turkey has not withdrawn from the Eastern Mediterranean mission and Turkish seismic survey ship Oruç Reis’s return to port at Antalya was part of its routine maintenance, resupply and crew rotation schedule. 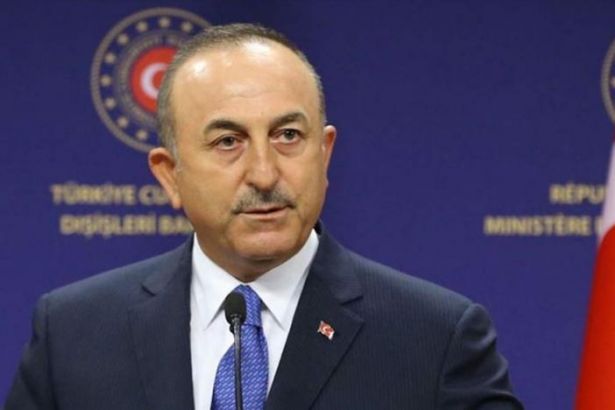 Speaking to NTV broadcaster, Turkey’s Foreign Minister Mevlüt Çavuşoğlu made statements on Turkey’s Eastern Mediterranean mission, saying that Turkey has not stepped back from its Eastern Mediterranean mission and Yavuz and Barbaros drillships will continue to carry out their works in the area while its seismic exploration vessel Oruç Reis is anchored off the coast of Antalya for routine maintenance and resupply.

Noting that Turkey does not expect the European Union to impose sanctions over the Eastern Mediterranean dispute with Greece, “France, Greece and the Greek Cypriots want sanctions. The bloc may make a decision on September 24-25 to impose sanctions, which I do not expect, but could also take place. Similar things have happened in the past,” Çavuşoğlu said.

Criticizing French President Emmanuel Macron for being dishonest and endangering EU interests with his “individual and nationalistic stance,” Çavuşoğlu said Macron is out of control and EU member states are beginning to realize the validity of Turkey's argument.

Çavuşoğlu also criticized Greece for its position, as he urged Athens to change its stance.

“Greece needs to back down from its maximalist position in the Eastern Mediterranean, while Greek Cypriots need to recognize the Turkish side’s rights. The tensions will not end if Athens does not give up its insistence on the ‘Seville map,’” he said.

The spokesman for the Turkish Presidency İbrahim Kalın also made statements on the Eastern Mediterranean issue in a post on Twitter.

“Greece and EU countries should not squander the chance given to diplomacy and must take reciprocal steps. A peaceful resolution to the problems in the Eastern Mediterranean is possible. Turkey does not have designs on anyone else’s territory, but it is determined not to allow its rights to be violated,” he said.

WHAT IS SEVILLE MAP?

Turkish government contends that Eastern Mediterranean’s de facto maritime boundaries unjustly and illegally deny Turkey part of its rightful maritime territory. Therefore, the region’s arrangements for offshore natural gas development, which depend on these de facto boundaries, are likewise illegitimate. In turn, Turkey regards its actions as defending international law. The divide goes back to the so-called Seville map that informs the region’s commonly accepted maritime boundaries. This European Union-commissioned map study, which was prepared by the University of Seville in the early 2000s, made the decision to define maximal boundaries for Greece and Cyprus at Turkey’s expense by using the coast of every inhabited Greek island (no matter how small and no matter how close to Turkey’s shores) as its starting point.

Turkey has a point about the demarcations being unfair. Turkey’s Mediterranean coastline is longer than the U.S.-Mexico border. Under the United Nations Convention on the Law of the Sea (UNCLOS) principle of equity and the international case law based upon it, Turkey is likely entitled to a larger maritime zone than it is has received on account of that extensive coastline. However, Turkey refuses to become a UNCLOS signatory, closing off its avenue of legal recourse.

Instead, Turkey found a partner with which to make its own map. In a mirror-image move to the Seville Map, the map of the Turkey-Libya maritime boundary agreement defines a maximal maritime zone for Turkey by denying any of Greece’s islands a continental shelf or an exclusive economic zone (EEZ), which provides sovereign rights over offshore energy resources. The agreement establishes an 18.6 nautical mile boundary segment between Turkey and Libya, and then, projecting out from that line, the Ankara-Tripoli map exclusively divides the entire maritime zone between Turkey and Libya, an area stretching from Turkey’s southwestern corner to the opposite coast in eastern Libya, all of Greece’s islands being effectively ignored.