Turkish court returns acquittal of 37 Academics for Peace so far

Heavy Penal Courts in Turkey have acquitted 37 Academics for Peace as of September 11, after the acquittal of academics Serdar Değirmencioğlu and Özlem Savaş last week 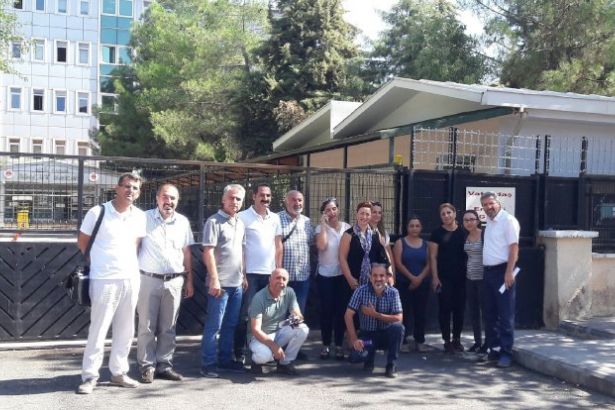 37 of the academics, who have been on trial for "making propaganda of a terrorist organization", were acquitted so far by the Turkish Heavy Penal Courts following the Constitutional Court’s verdict on the violation of rights for the Academics for Peace who have signed the declaration entitled, "We Will Not Be a Party to This Crime", criticizing the Turkish government’s brutality against civilians in the eastern provinces of the country during the military operations against the Kurdistan Workers’ Party (PKK) militants in the region in 2016.

On September 11, the 30th Heavy Penal Court has returned acquittal of Prof. Dr. Serdar Değirmencioğlu, who was dismissed from Turkey’s Doğuş University, and Dr. Lecturer Özlem Savaş from Bilkent University in line with the Constitutional Court’s verdict indicating that trials against the Academics for Peace are the explicit examples of violations of rights.

The 25th Heavy Penal Court also acquitted the academics who were put on trial without a public hearing. With this decision, a total of 37 academics have been acquitted since September 2, 2019, including 32 of them in İstanbul, 3 in Turkey’s southeastern province of Diyarbakır, and 2 in the western province of İzmir.

Meanwhile, Esra Cesur Erdem from the Middle East Technical University had her first hearing at the 37th Heavy Penal Court in Istanbul. The court ruled the decision of lack of jurisdiction upon the request of the defendant’s lawyer and sent the case file to the Ankara Heavy Penal Court on Duty, according to a report in Bianet.

‘PENALIZATION OF ACADEMICS IS A VIOLATION OF RIGHTS’

1,128 academics under a platform called the Academics for Peace Initiative issued a declaration entitled, "We Will Not Be a Party to This Crime" on January 10, 2016. The declaration was addressing the state violence and crimes committed by the Turkish government against civilians in the eastern provinces of Turkey during the military operations against the separatist Kurdistan Workers’ Party (PKK) militants in the region in 2016.

The number of academics who have signed the declaration has reached 2,212 after the participation of further academics since 2016.

Following the declaration of the academics, the Prosecutor İsmet Bozkurt, who has been suspended from his duty in the same year due to his affiliation with the Fethullah Terrorist Organization (FETÖ), the prime suspect of the failed coup in 2016 in Turkey, had filed an indictment about the Academics for Peace, charging them with ‘‘making propaganda for a terrorist organization’’ thereunder the Article No. 7/2 of the Anti-Terror Law No. 3713.

Yet, upon the individual applications of 10 Academics for Peace who received imprisonment for ‘‘propagandizing the terrorist organization’’ due to their signings in the declaration for peace, the Constitutional Court has rendered a verdict in July 2019 that the former court decisions accusing the academics of ‘‘making terror propaganda’’ have violated their freedom of expression, and therefore, they were the violation of rights.

On September 11, parliamentary main opposition Republican People’s Party (CHP) Deputy Chair Özgür Özel has announced that after the decision of the Constitutional Court, they have submitted a bill of law for the reinstatement of 406 Academics for Peace who was dismissed by the Turkish government on the charge of ‘‘terror propaganda’’ following the peace declaration.

The number of academicians who have appeared in court since December 5, 2017, on the charge of "making propaganda of the terrorist organization" by signing the Peace Declaration, is 651 in Turkey.

A total of 204 academics whose trials were finalized were sentenced to prison by the Turkish courts during this process.