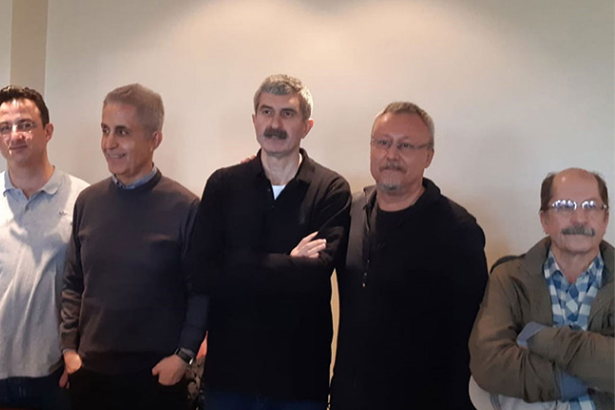 The 16th Criminal Chamber of the Supreme Court of Appeals ruled that the convictions in the case of Cumhuriyet newspaper were reversed and the journalists to be acquitted.

Musa Kart, Güray Öz, Mustafa Kemal Güngör, Hakan Kara and Önder Çelik, who were punished under five years and had no way of appeal, were still in prison.

Six columnists and executive staff of Turkey’s opposition newspaper Cumhuriyet daily, who were sentenced to prison for less than 5 years in February last year, were sent to prison on April 25, 2018, after the court of appeal had upheld the decision in February this year.

Emre İper, whose sentence was approved, will continue to stay behind bars.

Last year, the court had sentenced 14 staff of the Cumhuriyet on the charge of terrorism. The length of the sentences varied from 2,5 years to 7,5 years, and the court had then ruled that those who were sentenced to less than 5 years were to be imprisoned.