"The government has no choice but to increase the abuse of religion, to exploit more the religious feelings of the people, and to cling to the rope of reaction," the Assembly stated 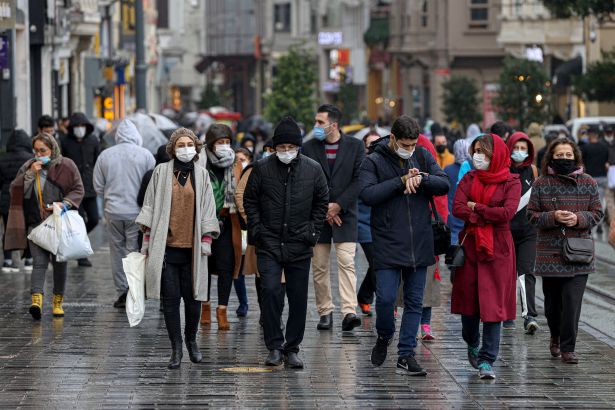 The statement noted that as for presenting a hopeful future for most people, the system in Turkey is worse than ever. Solidarity Assembly emphasized that unemployment, poverty, livelihood concerns and the cost of living have become the most important reality of the country and the people's biggest problem.

"The government has no choice but to increase the abuse of religion, to exploit more the religious feelings of the people, and to cling to the rope of reaction," the Assembly stated.

Drawing attention to the fact that the exploitation of religion increases as the labor exploitation increases in the country, the Solidarity Assembly said, "As the people are deprived of the blessings of this world, the other world is promised to them. The people are asked to trust and show more patience as they get poorer."

THE OPPOSITION IS SILENT

“Except the socialist parties, the opposition, especially the main opposition party that founded the Republic is silent. Bourgeois opposition does accept that the exploitation of labor and religious reactionism are intertwined in Turkey. They don’t defend secularism. Some opposition parties justify this in terms of not confronting the religious feelings and sensitivities of the people. In contrast, others do not even have such an issue because they are reactionist as much as the power. "

“Today, this reactionism is the biggest tool of a blockade against children, women, and youth, and this blockade needs to be dissolved," the statement of the Assembly noted.

NEW CONSTITUTION IS AN ATTACK ON SECULARISM

Regarding the discussions of a new constitution and the related preparation process, the Solidarity Assembly made the following assessment:

"Secularism is formed the intellectual backbone of the Republic of 1923 with the Enlightenment and now it is a class matter more than ever before. Secularism, which is the most important part of the Enlightenment struggle, is essential for laborers today. Although they are the workers who carry the world on their shoulders, they are the ones who are deprived of the riches of this world, they are the ones whose labor is usurped by an intense religious fatalism. For these reasons, attacks on secularism are among the targets of the government's constitutional amendments.”