Turkish Employers Association of Metal Industries (MESS) has announced their application “MESS Safe” in order to monitor the metal workers’ daily activities under the guise of health measures amid the coronavirus pandemic. 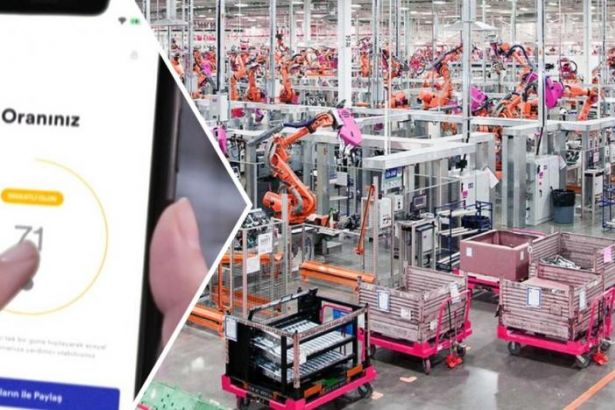 Turkey’s top association of metal bosses has announced their new application “MESS Safe” as the same bosses have forced the thousands of workers to work since the beginning of the outbreak of COVID-19 in the country by means of “special permission” even during the days of lockdown.

Turkish Employers Association of Metal Industries (MESS) has promoted its new application as a way of monitoring the daily activities of the workers at workplaces. “MESS Safe” application is claimed to warn the workers in case of the violation of “social distancing”.

As some media outlets have announced the metal bosses’ new application like “Turkish Employers Association of Metal Industries is shaping the new normal of the future after COVID-19,” soL news talked with Özkan Atar, the General Secretary of the United Metalworkers’ Union (Birleşik Metal-İş), affiliated with the Confederation of Progressive Trade Unions of Turkey (DİSK).

Atar said that they were conducting research on the new application of the capitalist association MESS, adding that the application has not been put into practice yet at factories. Atar noted that the workers affiliated with their union would not approve the implementation of test works of the application that would run via bluetooth and mobile phones before the research of the metalworkers’ union.

“We’re conducting this research for the workers’ health, individual rights and freedoms, and the protection of personal data,” Atar said, adding that they asked the medical chamber and the chambers of electrical and computer engineers for their evaluations.

Atar also indicated that they have conducted some research for the workers’ health at workplaces since the outbreak of COVID-19 in March in Turkey in order to designate the measures of social distancing at workplaces.

“This will be kind of a slavery system with shackles. We’re already under pressure at workplaces. In addition to the working conditions and wages, now they impose this in order to control our activities. But we are free people,” Kenan, a metalworker told soL.

Noting that they are already under control at workplaces via cameras and shift supervisors, Kenan said that they would not let this application cover their private lives out of the factories.