Canan Kaftancıoğlu, Turkey’s parliamentary main opposition CHP’s İstanbul Provincial Head, was tried and sentenced to 9.5 years of prison for her social media posts she had shared 8 years ago. Tried for five separate allegations, Kaftancıoğlu took the verdict to the Court of Appeals 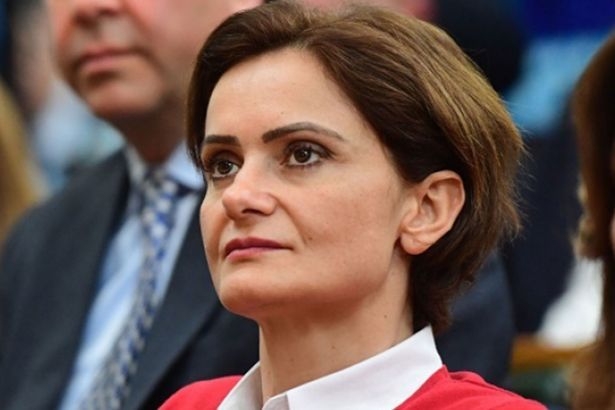 Canan Kaftancıoğlu, the İstanbul Provincial Head of Turkey’s parliamentary main opposition Republican People’s Party (CHP), was sentenced to 9 years 8 months and 20 days on the trial for her social media posts in 2011 and 2012 through which she was charged of having “openly degraded the state of the Republic of Turkey”, “degraded the public official for doing their duty”, “degraded the President”, “instigated the people for despite and hostility”, and “propagated terrorist organizations”.

Kaftancıoğlu was punished for each allegation. She will not be arrested for these allegations, but the verdict will be taken to the Court of Appeals. None of the sentences or execution of sentences were suspended because the court board interpreted the poem Kaftancıoğlu read after the previous trial, which belongs to the great Turkish communist poet Nazım Hikmet, as a negative attitude against the court. The sentence of Kaftancıoğlu was also increased at the rate of 1/3 on the grounds that she had committed the same crime, degrading the President, multiple times.

Following the verdict, Kaftancıoğlu made a press statement outside the courthouse. Underlining that the verdicts in the trials are not given in the courthouses but the in rooms of palaces (referring to the pompous Presidential Palace), Kaftancıoğlu stated that the struggle against the Palace is only beginning now, saying: “We have a dream: We want to live as citizens of an independent state of law. We want to crown this beautiful Republic with democracy. We will never give up on our dreams or our thoughts.”

Ekrem İmamoğlu, CHP’s İstanbul Metropolitan Mayor, held a meeting together with CHP’s İzmir Metropolitan Mayor Tunç Soyer and said: “Kaftancıoğlu is the Provincial Head of Turkey’s founding party in Turkey’s largest city. I believe that this unlawfulness will be compensated in the highest courts.”

Moreover, CHP Chairperson Kemal Kılıçdaroğlu also made a statement and highlighted that there is no justice in Turkey, that judges do not come to a verdict through their consciences but expect instructions from the Palace, and that this verdict was a way of revenge of the Palace in response to Kaftancıoğlu’s success in CHP’s winning İstanbul Metropolitan Municipality in the last elections.

On the other hand, Turkey’s ruling AKP party’s group deputy chairperson Mehmet Muş commented on the verdict, stating that the Kaftancıoğlu’s social media posts were beyond political criticism and that Kaftancıoğlu “does not have immunity in the face of law.”