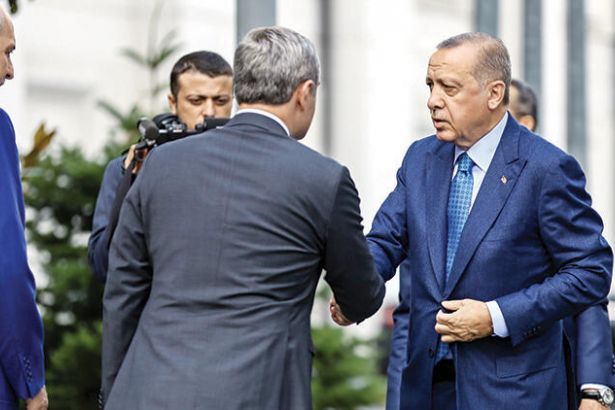 A presidential decree on Saturday in the official gazette announced that Erdoğan sacked the governor of the central bank, Murat Çekinkaya.

Çekinkaya's four-year term was due to run until 2020; he now will be replaced by his deputy Murat Uysal.

The "autonomy" of Tukey's central bank has always been questioned and Erdoğan has been criticized for intervening in the policies of Turkey’s Central Bank particularly over interest rate policy when the Turkish Lira faced a free-fall against foreign currencies. The latest presidential decree escalated the debate.

No official reason was given on Saturday, but it was thought that Erdoğan has been frustrated as the bank kept the interest rate high to boost the embattled lira. Erdoğan, on the other hand, has been demanding the interests rates to be lower.

According to Erdoğan's statement today, the governor was sacked because "he did not do what he had to do."

"We told him that he had to cut interest rates several times during economic meetings. If interest rates decrease, inflation decreases, we said," Erdoğan told in a meeting today.