Turkey’s President Recep Tayyip Erdoğan made statements on the agenda at his party’s group meeting and signaled an operation against professional chambers. 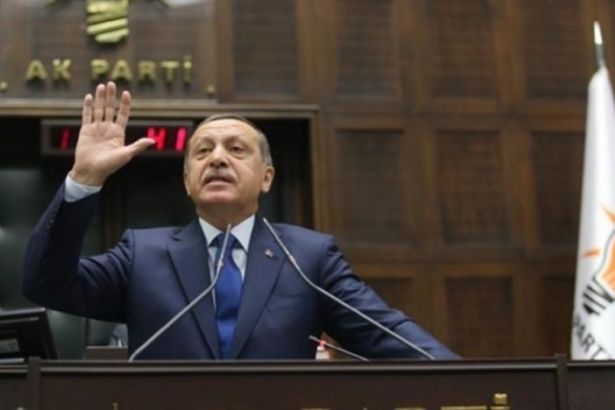 Turkey’s President and chair of ruling AKP, Erdoğan, at his party’s group meeting spoke about the agenda and targeted professional chambers, especially the Turkish Medical Association, and for the most of his speech, signaled an operation against the professional chambers.

Using expressions like “Turkey needs to solve the distorted structure of the professional organizations that became unsustainable,” Erdoğan, showing the interference to the Bar Associations, said the professional chambers need new regulations.

Erdoğan said, “In the Constitution, it is stipulated that the organs of professional organizations diverted by misusing their aims will be terminated by court decision” and signaled that in the coming days, there will be an intervention to professional chambers by the judiciary.

At the first group meeting after seven months, Erdoğan made the following comments:

“We are together at a group meeting for the first time since March. Our National Assembly experienced its most productive period in the previous period. Historical arrangements were made, from budget to judicial reform, from military service to social media. Still important agendas await us in the near future

Under this roof, every opinion not involved in terrorism has the right to speak.

We will need the National Assembly’s strong support for the steps we will take during the upcoming period.

On behalf of my entire delegation, I would like to express my gratitude to our partner in the People’s Alliance, MHP and Bahçeli. I wish success to all MPs in the new legislative period.”

“We do not expect prudence from the mentality that scratches every wound it finds just for the purpose of opposition. But at least I think we have the right to expect foresight and morals for the common interests of the country. Standing by terrorists and behind brutal regimes and with putschists cannot be considered politics. When necessary, our friends in the cabinet and our party management already respond when necessary to the delusional statements of the opposition.

TTB at the target

“One of the problems to be solved by the professional organizations of Turkey is the distorted structure that becomes unsustainable. We took an important step in the bar associations.

How will we entrust our patients to them, is this expected from a terrorist? Problems in TTB have reached an intolerable level.

TTB is carrying out activities clearly contrary to the constitution, a court decision may come. In the Constitution, it is stipulated that the organs of professional organizations operating outside their purposes and misusing their aims will be dismissed by court decision.

We have to do the same work as we did in the multi-bar association.

Defending a terrorist organization cannot be the job of professional chambers.

It is now time for Turkey to get rid of this shame. Now, the steps taken with regard to the bar associations will also be taken regarding TTB. The architects’ chamber also deserves a similar move.

The term “Turkish” before the Doctors’ Chamber does not suit them, they already hate this term. We need to take this away from them as soon as possible.”

Speaking at the parliamentary group meeting, MHP chair Devlet Bahçeli, targeting the Turkish Medical Association (TTB) said, “Our problem is with a handful of enemies that have nestled at TTB Central Council”.

The highlights from Bahçeli’s speech are as follows:

“Mankind is now faced with a different picture of the world. Clichés, familiar retrospects are incapable of explaining this new picture for now. A heavy burden that has never been explained until today is on the shoulders of people. It is still uncertain which consequences will come out of the dire disease.

We have to abide by the rules recommended by the Ministry of Health and our scientific board. Our health minister and his well-equipped team are successfully managing the disease fighting process. Our scientific committee member has mastered the issue, except for some adverse voices. We owe a lot to our doctors, nurses and all other healthcare professionals.

Those who try to cast doubt on the data of the Ministry of Health and claim that the facts were hidden are, in our opinion, polygraph machines. Our problem is with a bunch of Turkey’s enemies nestled at the central council of TTB. Our reckoning is with that small minority who glorify terrorists, give prizes and praise terrorism.

Therefore, I say TTB should be closed. Nobody should be enthusiastic about implied intentions. In particular, CHP chair and disagreeable executives should open their malicious cards at other doors. It is evident with the latest developments that everyone has seen the background of the person who was elected as the chairman of the TTB.

While the government was fighting successfully, I couldn’t close my eyes to those who distorted the facts. The stick we poked into the beehive touched the CHP, hiding in the hive, and touched all other political supporters, for better or worse.

My advice to Kılıçdaroğlu, who wants to polarize us with our doctors by bending the truth, is that he should master what he does best. For example, he should buy a new deck of cards, sit at the table with the other partners of the blasphemy and cheat each other.

We don’t have time to waste. I advise Kılıçdaroğlu to be a serious political man. If he wants to take a job in the comedy sector, I say, let him move on and I wish all the best in his show business.”