The zone will be established by Oct. 15 and be 15-20 kilometers deep, with troops from Russia and Turkey conducting coordinated patrols 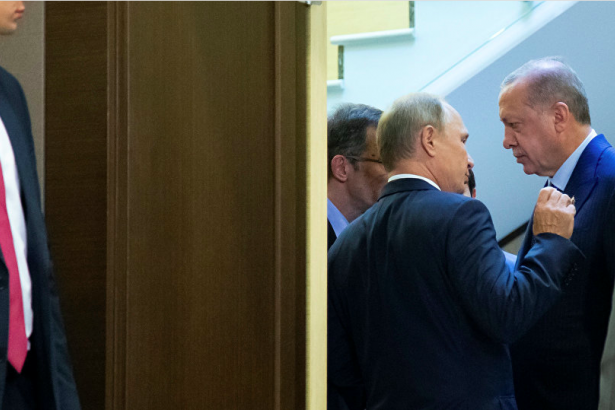 The leaders of Russia and Turkey agreed Monday to establish a demilitarized zone in Syria's Idlib region, the last major stronghold of jihadists.

The zone will be established by Oct. 15 and be 15-20 kilometers (9-12 miles) deep, with troops from Russia and Turkey conducting coordinated patrols, Russian President Vladimir Putin said at the end of a more than four-hour meeting with Turkish President Recep Tayyip Erdoğan in Russia's Black Sea resort of Sochi.

The heavy weaponry is expected to be removed from the area by October 10, Putin leader said.

While the Syrian government has eliminated terrorists in vast territories of the country, Idlib, which is home to more than estimated 60,000 jihadists from various groups, is still occupied by militant extremists.

Putin said radical militants would have to withdraw from the zone. Among them would be those from the al-Qaida-linked Hayat Tahrir al-Sham - Arabic for Levant Liberation Committee.

Russian military police and Turkish forces will be patrolling the demilitarized zone in Idlib along the contact line between the jihadists and the government troops, Putin said.

The transit along the Aleppo-Latakia and Aleppo-Hama highways is expected to be restored no later than by the end of 2018, Putin added.

"Turkey will strengthen its positions in the zone of de-escalation. In this regard, we will prevent a humanitarian catastrophe that could have occurred as a result of hostilities," Erdoğan said.

Asked whether Syrian government agreed with the Putin-Erdoğan plan, Russian Defense Minister Sergei Shoigu told reporters in Sochi that "in the coming hours, we will agree with them on all the positions put forth in this document."