Turkey has issued arrest warrants on Friday morning for 82 people, including pro-Kurdish HDP executives, over pro-Kobane protests in 2014. Communist Party of Turkey (TKP) made a statement regarding the government's attack targeting the opposition in the country. 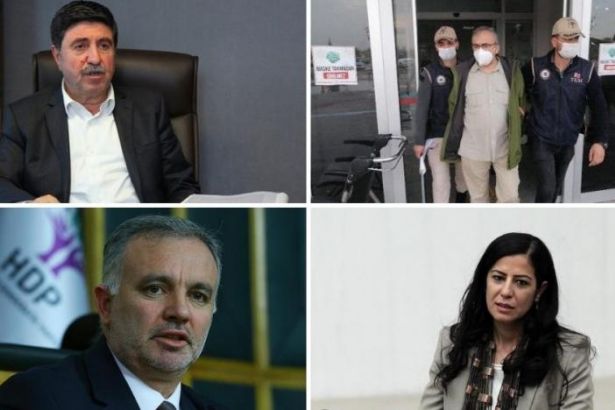 Ankara Chief Public Prosecutor's Office has issued arrest warrants on Friday morning for 82 people in 7 provinces over "Kobane protests" in 2014.

The October 2014 protests sparked after the seizure of the Kurdish-Syrian town of Kobane by Islamic State fighters. Hundreds took to streets in 2014 in many provinces of Turkey to protest the attack on Kobane. At least 12 people died and dozens were injured in the demonstrations.

The office did not specify the offenses but stated that it was related to the crimes committed during the protests. Among those who were detained are former pro-Kurdish opposition HDP MPs, mayors, and central executive committee members.

Communist Party of Turkey (TKP) made a statement regarding the police operations targeting HDP executives and opposition, stating that the only way to defeat these attacks of the government is organized struggle.

"Turkey woke up today with the news of police raids and detentions targeting HDP managers and other opposition groups and those who share their views via social media. What happened is an indication that the government will increase the level of violence against citizens.

This is because they have no other means except using force. The ruling AKP, which does not have a single word to say about the economic situation in the country, the increasing poverty, the growing debt burden, and social inequalities, has resorted to silencing the press and bullying politicians and MPs to cover up its mismanagement.

The mismanagement of the pandemic has turned into a big failure. The government acted the same way by targeting healthcare professionals and professional organizations to cover up its own negligence and mistakes. Wherever a crime is revealed, it attacks those who expose this crime and even those who are victims of this crime.

The end of the rulers that try to suppress people with oppression, fear, and fascism is known. The ruling government is advancing towards this end with every step it takes and drags the country into the same darkness.

There is only one way to defeat these attacks: To be organized, to have unity, and to act in solidarity. It is our call to our people: It's time to close the ranks!