Consumer Price Index (CPI) has increased to to nearly 25 percent while Domestic Producer Price Index (D-PPI) has reached 46,15 percent, according to the recent data issued by the Turkish Statistical Institute (TurkStat). The main reason for this record increase is the Turkish government’s unplanned economic policies that fostered the import-dependent production 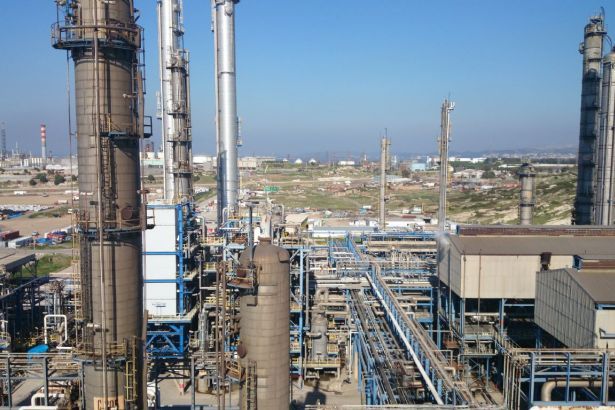 The Consumer Price Index (CPI), which was estimated to be 20,8 percent in "the New Economic Program’’ announced by the Turkish AKP government by the end of 2018, has reached the record high in Turkey by 24,52 percent. The CPI increase had been estimated as 13,4 percent in the Third Quarter Inflation Report of the Central Bank of Turkey published on July 31, 2018.

The Domestic Producer Price Index (D-PPI) has also increased to 46,15 percent, according to the recent data declared by the Turkish Statistical Institute (TurkStat).

The rate of D-PPI indicates that the increase in CPI will also continue in the forthcoming months. While the increase in the CPI rates is expected to reach the level of 25-30 percent in October, it seems possible that the D-PPI will be higher than 50 percent in the same month due to the still-continuing rise in foreign currency and oil prices.

Pointing out that the CPI has increased above their expectations, Berat Albayrak, the Minister of Treasury and Finance, claimed, ‘‘The reason of high inflation rates is [economic] opportunism and stockpiling.’’

Yet, it is quite obvious that import dependency and high indebtedness of the private sector are the main reasons of price increases including the food prices ─ which increased far above the expectations.

In this crisis of Turkish capitalism, the fundamental reason behind the high rise of inflation rates is the dramatic increase in the import-dependent production during the AKP government. In the Turkish economy, ¾ of the imports consist of raw material and intermediate goods import. Each unit is importing at a high level for its export activities.

Industrial production infrastructure, which has been transformed in order to transfer more funds to foreign countries in collaboration with international capitalist groups via privatizations and market-oriented policies, condemned the working class to impoverishment, and it has evolved into a mechanism that destroys those created the surplus value. In other words, the more workers produced the more they became impoverished.

This financial situation, which is impossible to be solved in the short term, is very unlikely to change under the conditions of capitalism in the medium term. In Turkey, the production of intermediate goods in many sectors has been gradually liquidated not only in relatively high-level technological goods such as petrochemistry, automotive, white appliances and machinery but also in other sectors including footwear and textile industry. Thus, a production structure has emerged in which export could be increased only in return of more imports. For Turkey, this process was a result of being contingent upon the international division of labour.

BOTH OUTPUT GROWTH AND LOSS OF PRODUCTION LEAD TO IMPOVERISHMENT

40-45 percent of the average of the industrial production in Turkey is based on imported raw materials and inputs. This shows that production costs have increased by around 30 percent on the basis of the Turkish lira. The higher levels of imports in some sectors also led to an increase in production costs up to 50 percent.

There is a significant increase in the sectors that import rates are high when the D-PPI is analyzed. For instance, cost of refinery products increased 131 percent, chemical products 66 percent, base metals 77 percent, motor vehicles 53 percent, electricity and natural gas 72 percent.

In addition to the exchange rate increases, the rise in oil prices also affected the price increases in Turkey. The price per barrel of the Brent-typed crude oil used by Turkey was about $53 in September 2017, while it became $78 in September 2018 with an increase of 47 percent. The rise in oil prices heavily affected the cost increases of industries using crude oil or petroleum-based raw materials and inputs. Yet, this is not the only reason, of course. The high import dependency on petroleum-based inputs and products also causes the impact of oil price increases to be much more severe.

The effect of Turkey’s import dependency on prices is not limited to its import dependency on raw material and intermediate goods in production. Therefore, Turkey’s import rate for consumer goods is also high, and this inherently affects the consumer prices as a necessity of capitalist market conditions. A very large proportion of imports, which was $234 billion in 2017 and $158 billion in the first eight months of 2018, consists of the goods required to sustain the export activities and the production of basic necessities.