A political and profit-oriented agenda lies behind the ruling AKP’s decision to cancel the import customs duty for certain wheat products until the end of the year. 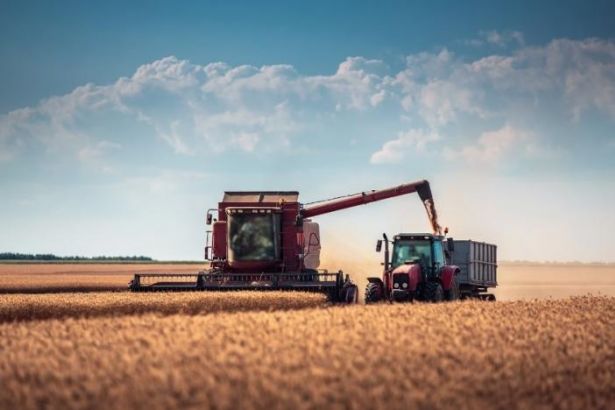 A Presidential decision regarding the cancellation of import customs duty for certain grain products until the end of the year has recently been published in the Official Gazette.

At the same time, Turkey announced an aid of 110 thousand tons of flour and legumes for countries in need, mainly Syria.

General Directorate of the Turkish Grain Board (TMO), an autonomous state economic enterprise running on the state capital, was appointed for procurement.

The announcement of the two news was almost simultaneous. This rather unlikely coincidence led to the comments that these steps were related.

Nevzat Evrim Önal, a scholar and expert on agricultural policies, told soL news about how this move of the government will affect the producer, the farmer, and what the government aims.

According to Önal, the government has made a habit out of importing raw materials of food. Önal states that while this understanding of the government holds great harm against domestic producers and consumers, the current situation is more complicated than that and there are other political calculations.

Önal noted that Turkey began to have a deficit in the foreign trade of agricultural products for the first time in its history with the AKP and the mentality of import being an indicator of wealth was very effective during this period.

However, Önal also adds that the current situation is much more complex because These developments are very much related to the results of AKP's deadlocked policy in Syria.

“The jihadists that AKP supported in Syria have failed. They are backed into Idlib, under the auspices of Turkey. They can't even feed themselves. If Turkey tries to help here using only its domestic products, there will be an increase in prices which will cause malcontent. Turkey doesn't even have enough domestic production to support itself. Therefore, while the customs duty on imports has been canceled, a grant decision is taken. The task is given to TMO (Turkish Grain Board) and AFAD (Disaster and Emergency Management Presidency). Thus, the pro-government bosses who get richer from state tenders will collect the wheat they find cheaply from anywhere in the world (in this case Ukraine), bring them to the country without paying taxes, and then sell them to the state to feed the Shari'ah and make a profit. In summary, on the one hand, the taxes of the people are spent to pursue a policy that is foundering, on the other hand, the pro-government traders continue to be rich even while this is done,” Önal explained.