Turkey is among worst 10 countries for workers

According to a report published by the International Trade Union Confederation (ITUC), Turkey was ranked among the 10 worst countries for workers. 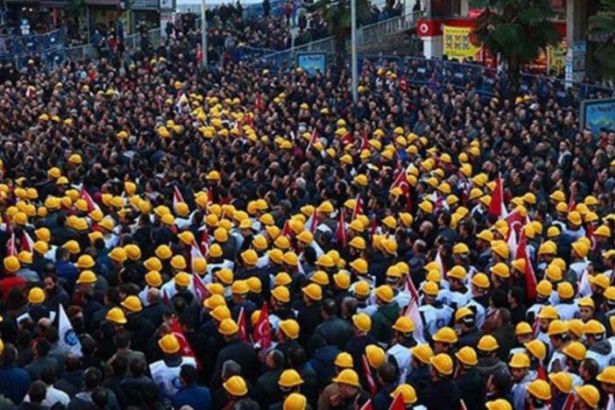 In the Global Rights Index report released by International Trade Union Confederation (ITUC), Turkey was among the top 10 countries with the worst working conditions.

Some of the red flag criteria in the report are repressive labor laws, government oversight, mass layoffs, and violation of trade union rights. These violations were most frequently seen in places like Bangladesh, Brazil, Colombia, Egypt, India, Kazakhstan, the Philippines, Turkey, and Zimbabwe.

As A3 news reports, the number of countries responsible for violations is alarming. There is a violation of the right to strike in 123 countries, a breach of collective agreements in 115 countries. Bosses are preventing workers from joining unions in 106 countries. Workers had problems in access to justice in 103 countries. Some workers were exposed to violence in 51 countries and even murdered in union protests in nine countries.

According to the report, Turkey is among the most dangerous places to work.

The report exposes violations of civil rights in Turkey rapidly rising and remarks on the suppression of independent trade unions in the private sector since the July 15 coup attempt. The coup attempt worked in favor of the ruling class as the government declared a state of emergency and exploited the given power to suppress the working class.

In the report, Turkey is described to have an atmosphere of fear and the constant threat of reprisals. In consequence, workers have a difficult time uniting and establishing unions. It is stated that employers prevent these attempts by actively dismissing those who are in union organizations.