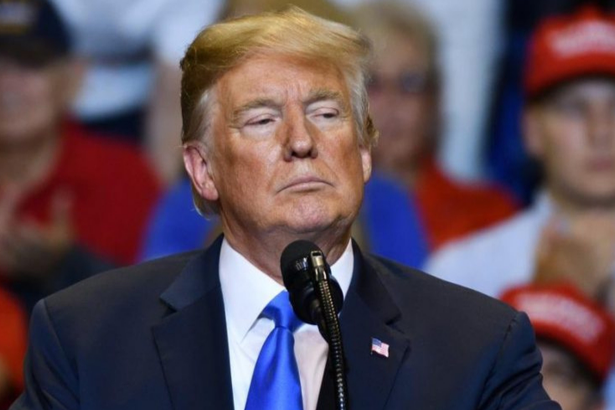 US President Donald Trump spoke to the Turkish president, Recep Tayyip Erdoğan, on Monday and demanded an immediate ceasefire in Syria, the vice-president, Mike Pence, announces.

“The United States of America did not give a green light for Turkey to invade Syria,” Pence told reporters.

Trump said he had issued an executive order to impose sanctions on current and former Turkish officials and was immediately freezing negotiations on a $100bn US-Turkey trade deal. “I am fully prepared to swiftly destroy Turkey’s economy if Turkish leaders continue down this dangerous and destructive path,” US President said.

He also said he was reimposing tariffs of 50% on Turkish steel.

While the order includes no sanctions against Recep Tayyip Erdoğan, the sanctions will apply to Minister of Interior Süleyman Soylu, Minister of National Defense Hulusi Akar and Minister of Energy and Natural Resources Fatih Dönmez. 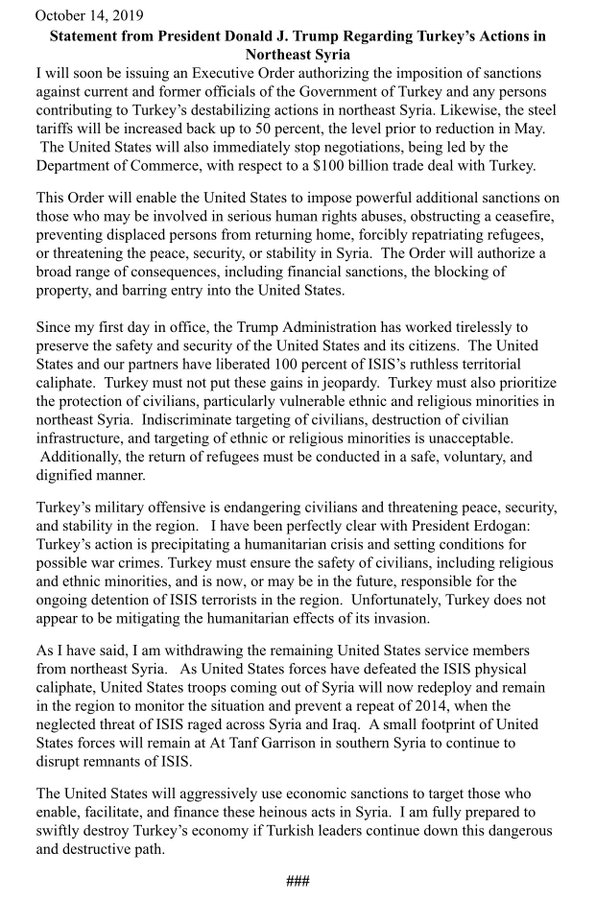