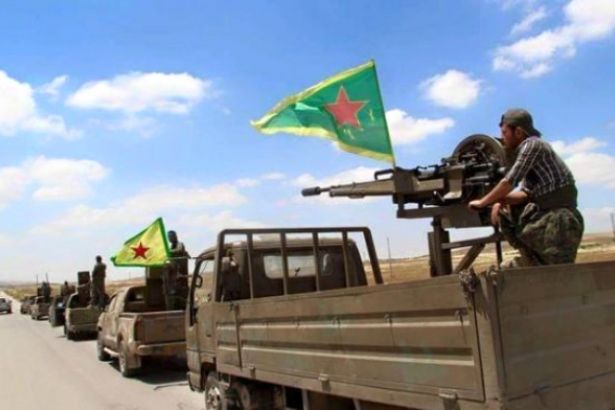 The U.S. President signed the list prepared by Pentagon in May on Dec. 12, 18 days after his phone conversation with President Recep Tayyip Erdoğan during which he is quoted as "openly instructing his generals to no longer give weapons to the YPG."

"He openly said that this absurdity should have ended much earlier," Foreign Minister Mevlüt Çavuşoğlu had told reporters after the phone call.

The list included a total of 12,000 Kalashnikov rifles worth $6.3 million, 60,000 Kalashnikov clips worth $420,000 and 6,000 machine guns worth $20.3 million. The weapons list did not give any direct reference to the Syrian Democratic Forces (SDF) or the YPG but instead mentioned Vetted Syrian Opposition (VSO), the report said.

Ankara considers the YPG a terror organization because of its links with the armed Kurdistan Workers’ Party (PKK).

Accordingly, sophisticated weapons will continue to be sent to Syria in 2018, including thousands of anti-tanks, heat seeking missiles and rocket launchers. In addition, some $1.2 billion budget was reserved for Iraq and another $500 million was reserved for Syria as a part of the train-equip fund in 2018, according to the list.

According to the budget list, there are a total of 25,000 militants supported as a part of the train and equip program in Syria. That number is planned to be increased to 30,000 in 2018.