Turkish President Recep Tayyip Eroğan, Russian President Vladimir Putin and Iranian President Hasan Rouhani are meeting today at the Çankaya Presidential Residence in Turkish capital Ankara for the triple summit. The main topics of the summit will be Idlib and Syria's Constitutional Committee 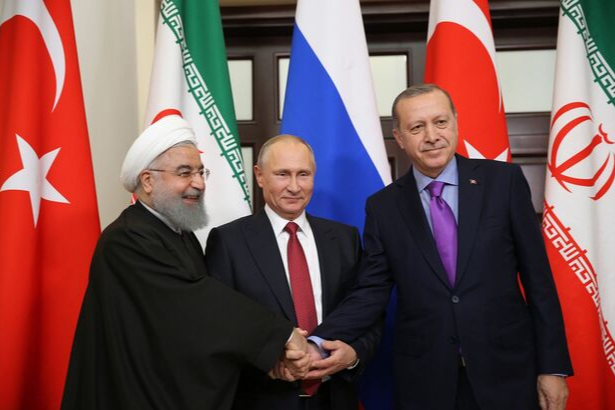 Talks are expected to include the decision on who will be the last name to be included in Syria's Constitutional Commission. The safe zone in Northern Syria which Ankara and Washington are in dispute will also be on the agenda of the meeting.

Arriving Turkey for the summit yesterday, Iranian President Rouhani gave a message saying that Syria's future was dependent on the decision of the Syrian people and they should resolve the issue.