The Communist Party of Turkey (TKP) called on the working people to organize against the corrupt system, criticizing the ruling AKP’s aid campaign that called for the contribution of working classes to fight against the COVID-19. 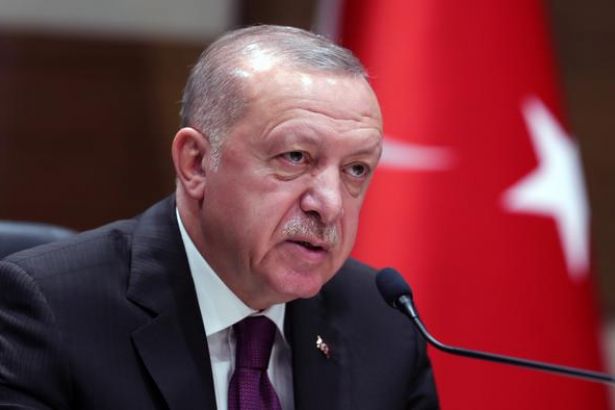 Voice of TKP, the daily podcast of the Communist Party of Turkey (TKP), discussed the ruling AKP’s aid campaign announced by President Recep Tayyip Erdoğan on 30th March that would collect contributions from the people.

Voice of TKP underlined that since such contributions would mainly come from the working classes, the ruling AKP’s call for aid campaign demonstrated the AKP’s representation of the rich. The AKP’s aid campaign further demonstrated that the economic crisis would deepen and more people would lose their jobs, more families would get poorer, and the living conditions would worsen for the ordinary people. It also demonstrated that the AKP could not handle this scenario. A state that could prevent this scenario, terminate unemployment and poverty, ameliorate living conditions would have given an opposite message.

According to Voice of TKP, the AKP’s aid campaign demonstrated the true nature of the state, the state belonged to the rich and it would continue to oppress the poor and the working classes. Erdoğan’s emphasis on the image that we were all in the same boat veiled the reasons behind poverty and indicated the AKP’s full support for the businesses. However, the very cause of poverty in this country is the rich. Turkey is not a poor country but its people are poor. The bosses pay a small amount of wage in exchange for goods and services produced by workers and hence get rich. The workers of this country produce enough for everybody if it is justly and equally distributed.

Voice of TKP underlined that the conditions for workers got worsened under the AKP. It even got to a point where the state’s reserves were appropriated by the rich. For example, the unemployment funds were utilized to pay the state debt. Similarly, the earthquake funds were utilized by the bosses for mainly the construction sector. In this way, taxes collected from the working classes were appropriated by the few.

Voice of TKP stated that the banking sector made a profit of 15,13 billion TRY in January and February 2020, which could easily afford the salaries of 2,2 million workers for three months. However, the current contributions of the rich still remained very low, arguably more sort of charity, and their few million contributions demonstrated social inequalities. Therefore, according to Voice of TKP underlined that this aid campaign would not solve any problem but rather portray the rich as philanthropists.

The aid campaign would further rot society by reinforcing social relations based on charity. It would also target and overrule the social and political opposition and polarization on the basis of solidarity. Voice of TKP highlighted that social and political polarisation is necessary to unveil relations of exploitation and domination between workers and bosses.

Voice of TKP called people to organize and the transfer of resources to the people so that problems of unemployment, shelter, education, and health could be solved.