TKP to organize a major gathering on October 19 in İzmir : “We love our country”

The Communist Party of Turkey (TKP) has been preparing for a large public gathering in İzmir together for all those who respond to the Party’s call for struggling against exploiters, imperialists, bigots and saving the country from their hands, for a socialist alternative 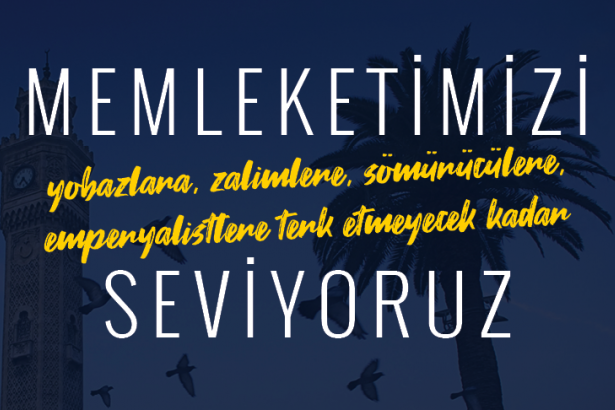 Communist Party of Turkey (TKP) will be hosting a great meeting on 19 October Saturday in Bornova, Izmir, in Aşık Veysel Open Air Theater.

THOUSANDS WILL COME TOGETHER

The communists call on the working people of Turkey to come together in the event, where the party will declare its thoughts on the burning problems of the country and the communists’ proposals to solve these problems, meaning the actuality of a socialist alternative. Masses from all around the country, resisting workers, students, progressive intellectuals are now preparing to join the gathering in İzmir.

The program of the gathering will continue with marches, songs, poems and speeches of artists and intellectuals, friends of TKP and the working class of Turkey.

The meeting calls people with the slogan “We love our country so much that we cannot leave it to exploiters, imperialists or bigots!”

“We will explain how we will ensure peace and brotherhood in our region, and we will open a new chapter in our cooperation with the Greek Communists. We will listen to the brave representatives of the Cuban people who have resisted the US blockade for years. Our songs, poems, dances will turn the meeting into a celebration,” TKP says in its statement inviting the people to the meeting.

The representatives of the organizations attending to the 21st International Meeting of Communist and Workers' Parties (IMCWP) as well as Greek communists from Athens and the Dodecanese to be held in İzmir same day will also attend the great gathering organized by TKP.