TKP: "Migration and refuge is class-based fact and problem"

The Communist Party of Turkey (TKP) has released a statement regarding the International Migrants Day, reminding that "the working class is one" 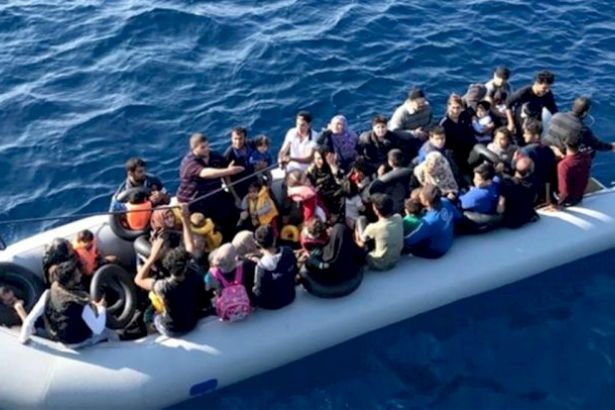 The 18th of December is International Migrants Day. Turkey is both a transit country for migrants and refugees and a country where millions of migrants try to subsist and struggle under hardships.

“We Breathe Down the Bosses’ Neck” communication, struggle, and solidarity network has made a mutual release with the TKP Labor Center stating that “The working class is one” and reminding that government officials and fraudulent NGOs falsely sell their services and projects in order to cover the real reasons behind migration and refuge.

Migration and refuge is a class-based fact and problem.

Today is the 18th of December, International Migrants Day. Today, various events, meetings, and statements are to be held on migrants and refugees throughout the world and here in our country. The problems of the ones forced to migrate from their homelands are to be debated upon. Government officials and fraudulent NGOs are to lance respectively their services and projects on this issue only to veil the real reasons behind migration and refuge.

On the 18th of December, we need to set aside all these hypocrite sensitiveness illusions and focus on the real reasons and the results in class terms of this matter.

More and more people every day are forced to leave their countries because of the wars deriving from imperialist policies and the reasons caused by the capitalist devastation. With the means provided by the US, the EU, and other imperialist states together with NATO, a weapon of aggression, all the operations conducted to devastate the world change the borders of countries. All these attempts, each being interventions to invade, leave behind millions who have no chance other than being refugees and migrants to other countries only to survive. There are also people who fell into the need to migrate to other countries for a better life from their homes whose economies are wrecked at the end of rampant capitalist competition and imperialist exploitation. This picture constitutes the essential part of the darkness that capitalism drags the world into.

The EU, one of the main addresses of the migration has turned countries like Greece and Turkey into refugee/asylum seeker prison with the policies it adopts and the agreements it concludes. Some islands of Greece have turned into refugee camps. Turkey, due to its geographical location, is both a transit country and being the last destination sometimes, is a host for millions of migrants, refugees and asylum seekers. Some being temporary, all of them try to subsist within the borders of Turkey.

Millions of migrants and refugees who have to work in order to survive in Turkey constitute the most defenseless, the poorest part of the working class in terms of working conditions. These workers are mostly employed in sectors like textile, construction, and agriculture which distinguish as the most normless. Apart from the hardships caused by diverse cultures and languages, they are exposed to more exploitation with less salary compared to other workers in the same workplace. Child labor is more common in migrant workers. Since they work undeclared, they face risks of occupational safety and health risks more. Some cannot even find a job even if they consent to work in the worst conditions.

The presence of migrants and refugees as part of the reserve army of the unemployed in the world and Turkey gives the opportunity to the bosses to divide more the working class, to employ them in worse conditions and to lower the salaries. They utilize this opportunity to the fullest; they provoke the workers against each other inciting racist and nationalist thoughts. Thus it gets easier for the capitalist class to veil the real reasons behind migration and refuge and the causes creating the exploitation. Most of the trade unions stand idle in the face of this matter, and they even try to take advantage of the rivalry and hostility among the class.

Still, the working class is one. Exploitation, unemployment and increasing poverty are common problems of all workers. The main weapon of the working class against imperialist wars and anti-labor policies which create and deepen these problems is solidarity. Migrants and refugees are the layers who need class solidarity the most among laborers. Solidarity with migrant and refugee workers without any compromise for nationalist incitements and thoughts is one of the most essential tasks of the working class and organizations. We Breathe Down the Bosses’ Neck Solidarity Network and TKP Labor Center are ready to shoulder the responsibility in this respect.

Every message regarding International Migrants Day given without uncovering the hypocrite policies of the imperialist system conducting interventions to invade and the capitalist exploitation mechanisms concerning the whole of the working class serve to veil these facts and aid imperialism aiming to pick new wars.

We Breathe Down the Bosses’ Neck Solidarity Network/TKP Labor Center