TKP General Secretary: 'Election is not the single political plan'

TKP’s General Secretary Kemal Okuyan evaluated the early election decision, the developments in the world and May 1 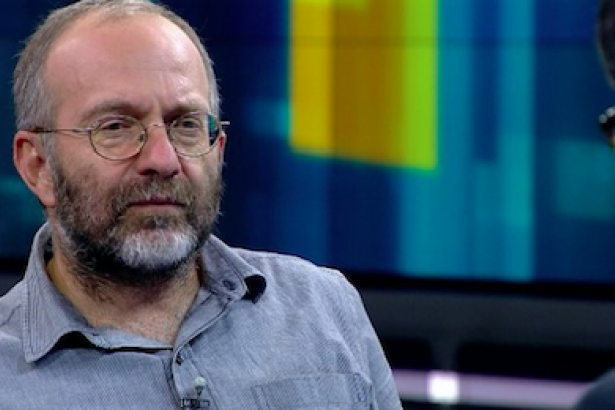 "The system is blocked since 2010. There is a gridlock beyond the election’s depth. The June 24 elections will not be enough to overcome that," General Secretary of the Communist Party of Turkey (TKP) Kemal Okuyan told Tele 1 channel on April 18.

Regarding the early election decision, Okuyan said "The presidential election will be held as a result of a referendum that is not legitimate. Even if they removed the state of emergency on paper, it would continue to be applied."

President Recep Tayyip Erdoğan announced on Wednesday that Turkey will head to presidential and parliamentary elections on June 24.

Okuyan continued his words saying "Election is not the single political plan. People should overcome their fear and get out on the streets on May 1. Unemployment, especially youth unemployment rate is very high in Turkey, one of the countries which has the worst income inequality is Turkey. There is a terrorist organization of bosses... The voices of those who want the order to change need to rise up more often...Erdoğan was the one who told the bosses that they started the state of emergency for them... Either we will get rid of this order or it will be directed by Erdoğan or someone alike.”

After Erdoğan called snap elections for June 24, country's wealthiest capitalists' organisation, TÜSİAD, urged the government to focus on policies that would maintain the country’s macroeconomic stability. TÜSİAD also said the new government to be formed after the election should "focus on economic reforms."

Okuyan also talked about imperialism saying "There is a fight in the capitalist system. The U.S., Russia, China and Germany are in that fight...Erdoğan's main goal is to improve relations with the US...Imperialism is a system of international monopolies. Competitor actors are in the pursuit of new markets, cheap labour and raw materials. The world is run by goofies such as Trump and others. We cannot allow that."

Communist Party of Turkey's statement on snap polls: 'This order will be toppled down'