TKP calls on people to protect forests and shores against plundering

Pointing out that the forest lands with high income value will be offered to the AKP supporters with the latest regulation, TKP called on the people to protect the forests and shores and to increase the struggle against plundering. 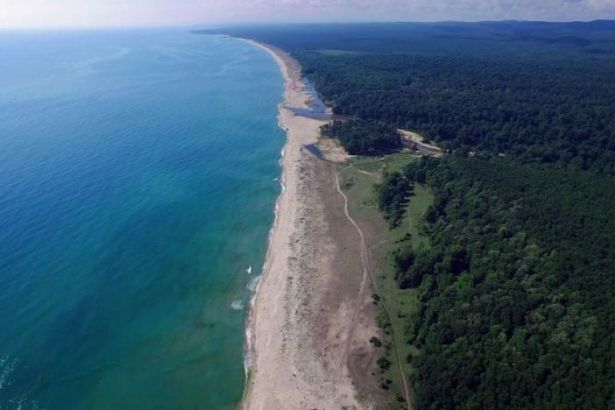 The Communist Party of Turkey (TKP), asserted that the latest regulation put in action on the 7th of January of this year regarding the redefining of the boundaries of forests is the the last step in legitimization of plundering of the common wealth, and called the public to raise their efforts to take care of our forests and shores.

In the statement, which pointed out that the latest arrangement will provide the forest areas to be redefined, enabling the common weal to be sold to private property. "We invite all our people to protect our forests and shores and to increase the struggle against plundering.”

In the statement made by TKP, it was stated as follows:

"The Forest Law No. 6831 has been riddled by mining concessions, tourism exceptions, and 2B implementations. In 2018, Additional Article 16 of the Law gave the President, the authority to abolish the forest qualification, thus paving the way for the  concreting of settlements on forest lands completely. The Regulation on Exclusion of Forest Borders is the last step in legitimizing pillage.

These practices, which are clearly in violation of Articles 169 and 170 of the Constitution, threaten our shores and forests in proximity of towns. While the damage caused by the 2B application to forests is obvious, the exploitation of forest lands is rewarded once again with this new regulation, and lay the grounds for future exploitation and deforestation.

With this application, the forest areas with high zoning rent will be detached from their forest qualifications by saying that it is not necessary to protect these areas  scientifically any more, and will be sold by the state under the name of immovable development. It is understood that, especially in coastal areas, forest lands with high rent value will be offered to the AKP supporters, and in return, trees will be planted on low real estate value lands just for the show.

As a result of this application, which is unacceptable in all these respects, our forest lands are faced with a new constraint factor.

Forests and shores belong to the whole people, their management should be provided by taking the opinions of expert scientists in the name of the interests of the whole society.

Turkey's Communist Party will not allow the forest ecosystems borders to be determined by AKP's ambition for more and more financial gain.

We invite all our people to protect our forests and shores  and to increase the struggle against plundering.

According to the President's Decree published in the Official Gazette and put into force, rocky and inefficient forest lands suitable for settlement will be opened to construction.

According to the President's Decree published in the Official Gazette, the rocky and inefficient forest lands suitable for settlement and the lands that the Ministry  see no benefit in the preservation as forests will be  opened to construction. With this regulation, which has been enacted by law, the subjugation of the forest areas such as in Istanbul, Antalya, İzmir, Çanakkale, Muğla, Mersin, Adana and Hatay and the areas adjacent to the forest lands will be rewarded and encouraged.

With the President's Decree issued with the signature of the President and AKP Chairman Recep Tayyip Erdogan, the lands that the Ministry of Agriculture and Forestry does not see benefit in preserving as forests can be removed from the forest. According to the regulation published in today's Official Gazette (January 7, 2021), stony, rocky and non-forest land suitable for construction will be created by a commission, after which they can be taken out of the forest context.

If there's no economic benefit, it won't be counted as forest

If the Ministry of Agriculture and Forestry approves, "Lands that do not have tree communities on them, which are not useful for forestry in terms of forestry activities and economy" will be taken out of the forest context by being included in the scope of "The place that is not considered useful in terms of science”.

Subjugations will be rewarded

The areas defined as "residential" in the regulation, consists of the constructions built in state forests before April 28, 2018 and provided that being at least five,  they are the continuous continuation of the towns, villages or neighborhoods adjacent to the forest boundary. Collective structures that are periodically resident are also included in this context. In addition, private workplaces, public buildings and auxiliary buildings such as barns, haystacks, warehouses, courtyards, roads and facilities used jointly are also considered within this scope.

If it is not suitable for agriculture...

The definition of "places that cannot be transformed into agricultural land" in the regulation is defined as "Lands with a soil depth less than 20 cm or land inclination above 12 percent, and lands where agricultural products cannot be grown in their current form due to salinity, alkalinity and drainage problems".

Field work will be carried out by the commission

With this regulation, which has been enacted by law, the subjugation of lands adjacent to or within the forest in the Black Sea Region and provinces with dense forests such as Istanbul, Antalya, Izmir, Çanakkale, Muğla, Mersin, Adana and Hatay will be rewarded.

Article 169 of the Constitution, which regulates the protection and development of forests, the ownership of State forests cannot be transferred. State forests are managed and operated by the State in accordance with the law. The forests cannot be acquired by statute of limitations and cannot be subject to the right of easement except for the public interest ”.