TKP called for egalitarian republic on Republic Day of Turkey 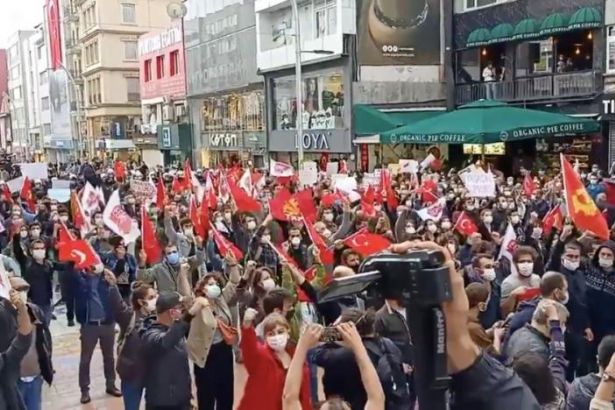 Communist Party of Turkey (TKP) organized a rally in Istanbul for October 29, Republic Day of Turkey. Party members and friends met in Istanbul's Bakırköy with the call of TKP to celebrate the 97th anniversary of the foundation of the Republic. The marchers also protested the anti-Republican and anti-people policies in the country.

Despite the attempts of the authorities and the police force to prevent the meeting, TKP maintained its call. Saying that "they said you cannot march, but we are here," TKP Istanbul provincial head Senem Doruk Inam stated that TKP took to the streets to defend the republic, for enlightenment, equality, and freedom.