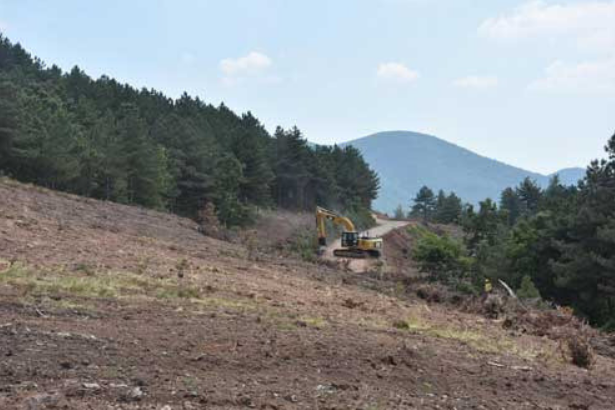 Canada-based gold mining company Alamos Gold and its local subcontractor Doğu Biga Madencilik in Çanakkale are preparing for the construction of a gold mine, felling 195 thousand trees, which is significantly higher than the amount indicated in environmental impact assessment reports that went to the Turkish Ministry of Agriculture and Forestry.

The construction has also been criticized because the companies will reportedly use 20,000 tonnes of cyanide and the environmental pollution caused by the mine will affect a wide area including the Kaz Mountains.

John McCluskey, CEO of the Canadian gold company Alamos Gold, told Bloomberg that the depreciation of the Turkish Lira reduced costs, they paid salaries in TL, they "do not employ foreign workers because Turks are very good at carrying stones."

THE MINISTRY IS ACTING AS THE LAWYER OF GOLD COMPANY

As the reactions against the tree massacre held by Alamos Gold and its local subcontractor Doğu Biga Madencilik continues, the Ministry of Agriculture and Forestry made a statement and argued that only 13.400 trees were chopped, claiming that the wood chopping was not as significant as argued.

The ministry posted a message containing misinformation on its Twitter account in order to encounter the increasing reactions against gold mining activities of Alamos Gold.

In the “adjustments” made by the Ministry, it is argued that most of the chopped plants are bushes instead of trees and only 13,400 trees were felled, although the environment report foresaw 45 thousand trees would be chopped. It is also claimed that the activity took place 40 km away from Kaz Mountains and the area will be afforested after the mining activity is completed.

However, the magnitude of the area chopped can be understood from the photo below. 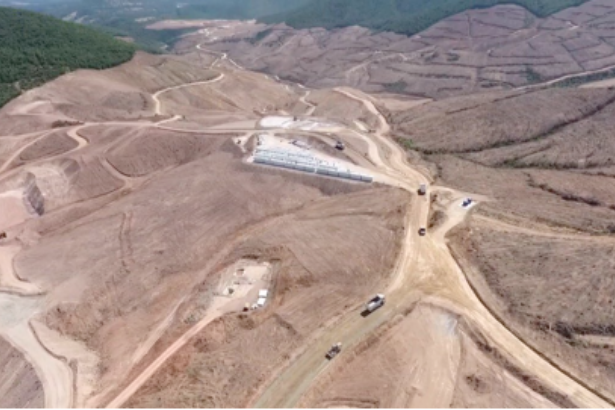 TKP: "AKP NEEDS TO FACE THE FACTS AND STOP THIS MASSACRE IMMEDIATELY"

Çanakkale organization of the Communist Party of Turkey (TKP) have issued a statement, demanding the dangerous project to be stopped immediately.

"It is demagogy to argue that an area 40 km away from Kaz Mountains National Park is another region. It is obvious that the radius of the pollution will significantly exceed the mentioned distance, so this argument is nothing but wordplay. Kirazlı mine is 30 km from Çanakkale city center, 14 km from Atıkhisar Dam that provides water to Çanakkale, 40 km from Troy Ancient City and 40 km from Kaz Mountains National Park," says TKP in its statement.

Reminding that the second project of the mentioned company in Ağı Dağı is only 14 km away from Kaz Mountains National Park, the statement also notes "the issue is not limited to afforesting the mining areas. The damage to nature within the planned 6-year period due to accidents and normal activities is much more significant. It will take a significant time for the afforested area to reach the old measures and any heavy metals, radiation, cyanide, acids, and arsenic will be ignored."

"Instead of alleging pretexts for the capitalists mining gold in the region, AKP needs to face the facts and stop this massacre immediately," the statement adds.