A thermal power plant in Turkey’s Silopi built by pro-government Ciner Group has caused the death of 511 people and the disability of 11 thousand within the last three years, pro-Kurdish opposition HDP Deputy Hüseyin Kaçmaz claimed 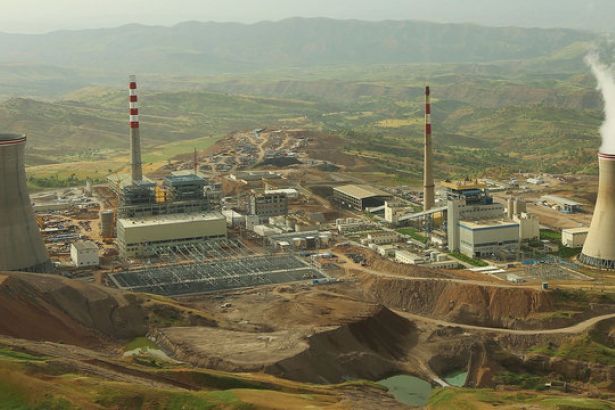 Silopi Thermal Power Plant owned by pro-government Ciner Group in Turkey’s southeastern province of Şırnak has led to the death of 511 people in the region, it is claimed.

Kaçmaz also noted that Şırnak is the third province that has the highest infant mortality rate in Turkey with 0.014%, according to the mortality statistics provided by the Turkish Statistical Institute (TurkStat).

It is known that cancer cases and cardiac diseases in the region have gradually increased in recent years.

The thermal power plant owned by Ciner Group, which has strong ties to the ruling Justice and Development Party (AKP), began to operate in 2009 in the region after the grant of license in 2004.

Experts state that the two highest hills of the Mount Judi are about to be destroyed due to the activities carried out in the mining site.

An officer working at Silopi Thermal Power Plant contacted said "They would not give you any information here," according to the sources.

Then another officer, who was put through as "the man in charge", also refused to give information regarding the deaths caused by the thermal power plant, saying: "There is no one here today. Nobody has come."

Nitrogen oxide, sulfur dioxide, and many small particles are produced during production in thermal power plants. These harmful chemicals pose a threat to the health of people in the surrounding environment. According to the researches, these substances cause negative effects on the nervous system of people.

Studies indicate that these harmful gases emitted from the thermal power plants cause acid rain. As a result of acid rains, many negative conditions such as degradation of soil structure and decrease in soil productivity are encountered in areas where thermal power plant is built. In parallel to these, trees are also affected by acid rain, while the destruction of forests negatively affects livestock in the region.