Syrian reporter told soL: How is the operation evaluated in Syria? 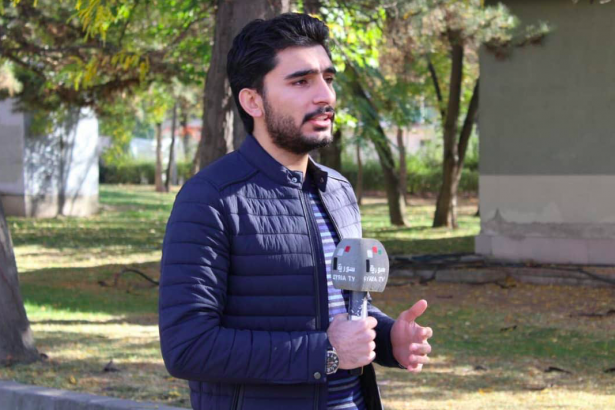 Özkan Öztaş from soL news interviews Adeep Abdul Fattah, ex-Ankara reporter of the Syrian state TV (SANA) upon how public opinion in Syria considers the latest developments and the operation of Turkey.

How does the Syrian and Kurdish press see the latest process? What is the reaction?

Greetings to Turkey, to begin with. The government in Damascus naturally considers any intervention or scheme illegitimate obviously. The military presence of the Ankara government in Syrian territory is already illegitimate. This has been voiced in several talks and negotiation meetings in which Syria, Turkey, Iran, and Russia took part together before. Yet Turkey expresses its position to be for more like clearance of the region from the Islamists. This must be a joke. It is completely senseless that the concepts of Turkey and struggle against Islamists are mentioned together.

So, neither pursuant to international law nor according to the consciousness of humanity, it is acceptable for Syria. In these recent minutes, this is being constantly underlined by the press here.

About the Kurdish press, especially the sources and counterparts close to YPG, they make statements about the US leaving the axis quite early. What is seen in the Kurdish front is the feeling of “We’ve been cast off”. In the latest process the Kurdish representatives who give the green light to the Syrian government express that they would rather collaborate with the Syrian State than a Turkish presence.

It is well known that cooperation between the Syrian state and the Kurds is sometimes the case. So this would not be the first time, would it?

Frankly speaking, Kurdish representatives concentrated their contact with the Syrian Government from the very first time they were pushed. The contact faded in from time to time but it was never really broken. In Qamishli, for instance. In the airfield there, the military presence is still determined by the Syrian government and both military or daily contact is still on.

So, what about the civilian community? What is the word on the street?

I am set in Qamishli nowadays. This is not a hot conflict site. It is the case for the Kurds too. Among the territories where Kurdish forces are present, Qamishli is the place where the Syrian government is strongest. People here are concerned that Turkey would unleash the armed gangs towards the civilian people. You know, during operation the FSA proceeds first and then the Turkish army comes. That is the situation in the area. Thus the people are afraid of reliving the old days, the terror that the Islamists would conduct. This has happened in some other places. In Afrin for example, what the armed gangs did in the civilian areas was quite worrisome.

There are some locations where YPG is getting prepared. The arms given by the US are being laid.

What sort of preparations does the YPG make?

Their partial contact with the US is going on. The Syrian government is aware of it. YPG is aware that the Syrian government is aware. This is war. Nothing is that simple while the cards are being reshuffled. There are areas where the weapons taken from the US are placed and where preparations are present. Not in every place, there are the same arrangements. It is different in probably close combat territories and in Qamishli.

There was a gathering here today. The people who came together upon the call of YPG demonstrated their renouncing of the war. It was a tiny and non-excited crowd. This indicates both the people are war-weary and that the YPG’s organization abilities are shrinking. But this is only for now. The war itself is different from its prior, pre-war situation. So we will see that in time.

One other concern is the possibility that the YPG spreads and enlarges the battle towards the places where the Syrian government’s military is present. An assault against Turkish forces from Qamishli, for instance, could instantly put the Syrian Government and Turkey against each other.

The rapprochement of the Syrian government and Kurdish forces and their acting together would be a positive development. The Syrian Government would act understanding and inclusive as long as the foreign invasion and the looters in our lands are expelled.