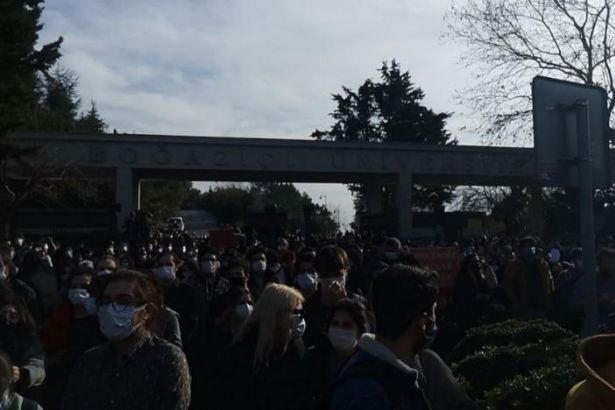 Turkey’s President Recep Tayyip Erdoğan has recently appointed Melih Bulu, known for his close ties to the ruling party AKP, as the new rector of Boğaziçi University. The appointment has not been welcomed by the students as they have held demonstrations against the pro-AKP rector.

The new rector Melih Bulu has held various managerial positions within the AKP since 2002. He was a mayoral candidate in the 2009 local elections and a candidate for parliamentary deputy position from the AKP in the 2015 elections.

Both the pro-AKP stance of the new rector and his appointment as the new rector of Boğaziçi University has caused a reaction. Rectors, who were elected in the previous years, have been assigned by the Presidency since 2016.

The appointment of a pro-AKP rector to Boğaziçi University, one of Turkey's most successful universities, has stirred criticism among the university students. Gathering for a demonstration at the campus gate, students chanted slogans: "We don't want trustee rectors", "AKP, hands off universities".

During the protests, the police attacked the students by closing the door with a barricade in front of the campus. It was reported that some students were detained after the intervention of the police. It was noted that the detained students were later released.

After a while, the door was opened when the students forced the barricade. Meanwhile, the police attacked the students with tear gas. Students entering the school went out collectively after a while and made a statement in the square. The students announced that they will continue to boycott classes and will hold a new action on Wednesday.