Turkey's President Recep Tayyip Erdoğan has recently signed a decree "postponing" glass workers' strike for "disrupting national security". Bans on strikes are widespread in Turkey under the rule of the AKP government. 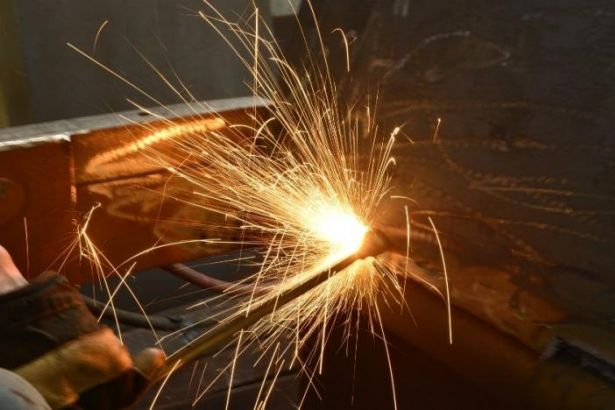 President Recep Tayyip Erdoğan postponed the strike decision taken by the Petrol-İş Union in the soda and chrome production facilities located in the southern Akdeniz district of Mersin, and the salt plant in the Seyhan district of Adana.

Postponement is only an expression. In fact, everybody knows that the 60-day delay practically means that the strike is prohibited. Petrol-İş Union stated that the decision prevented the exercise of the right to strike.

The decision was put into effect today, published in the Official Gazette.

Petrol-İş said, "We leave the postponement of the strike on the grounds of national security to the discretion of the public as this enterprise mainly produces inputs for the glass industry," and draws attention to the prohibition of the strike on health grounds under the conditions of the pandemic.

THE BELLS TOLL FOR ŞİŞECAM

The companies that were the subsidiaries of Şişecam, which were the subject of the postponement of the strike, had decided to merge under a single roof in their general assembly held in 2020. The merger process was finalized and a ceremony was held on October 5 at Borsa Istanbul with the slogan "The Bells Toll for Şişecam”.

At the ceremony, the importance of the merger was expressed in these words: “Şişecam, which is a global player in chemicals that includes soda and chromium compounds, as well as glass industry, is he largest merger ever undertaken in Turkey’s capital markets."

Şişecam General Manager at the ceremony said: “We aim to demonstrate a higher share value for investors by further increasing our revenues and profitability…We are pleased to be included in the MSCI Global Standard index.We believe that we will be the center of attention for international funds and investors by taking part in other important indexes in the upcoming period."

soL news talked with Kadir Sev, former auditor from Turkey’s Court of Accounts, on the postponement of the strike, “They must have thought that the strike would endanger the general health and national security of the capitalist class. That's why they delayed it. With the Decree of President Erdoğan, the strike was postponed for 60 days, but the decision of postponement means a ban,” he said.

"The right to strike is very important for all employees," said Zehra Güner, the Chair of the Unity Trade Union that was established recently. “By striking, the workers use their strength from production. While the legal obstacles imposed on our country with the 1980 coup had not yet been overcome,they have started to postpone the strikes one after another with ‘absurd’ reasons. It is the capitalist class power that postpones strikes. Actually, it is better to say that the strikes are banned, not postponed,” she said

Since 2003, the AKP rule has banned 17 strikes through “postponement”. 7 of these took place under the state of emergency conditions. The right to strike of nearly 200 thousand workers was prevented by these prohibitions. If the strike of metal workers had not been postponed by President Erdoğan on the grounds of "national security" in 2018, 130 thousand metalworkers would have gone on strike in 179 workplaces.

According to a report prepared by Veli Ağbaba from the parliamentary main opposition CHP, the number of strikes between 2001-2015 decreased by 85 percent compared to the years between 1985-2000. While an average of 127.5 strikes were held annually between 1985-2000, the average number of workers participating in strikes was calculated as 47 thousand 534. In 2001-2015, the average annual strike decreased to 20.2, while the number of workers participating in strikes fell to 6 thousand 713. The strike "postponements" during the AKP rule era have even surpassed the 12 September 1980 military coup period that invented this ban.

Unity Trade Union Chair Zehra Güner reminds us that September 12 is an operation carried out on behalf of the bosses. Therefore, Güner pointed out that the governments took these steps on behalf of the bosses now and then, “Now, it is objected that only one person has his signature under this decision. But remember that there is no single signature under the decision to postpone/ban the strike, the capitalist class as a whole is behind this decision.”

In a speech he made in 2018, President Erdoğan said, “With us, the so-called strikes have disappeared. Now there are no strikes.”. Although Erdogan tries to justify this situation by saying, "If there is no strike, it means you are giving the workers' rights, you are observing the law", statistics show that the picture is clearly a result of the prohibition of strikes.

Kadir Sev points out that the government's point of view on strikes is related with "loss of business days". Drawing attention to the fact that the strikes are coded under the name of the 'lost working day' on the website of the Ministry of Family, Labor and Social Security.  Sev says:

"Let's give the number of strikes between 2008 and 2018. As can be seen in the chart, 48 thousand 679 workers participated in strikes in 1015 workplaces. According to the Ministry, 1 million 574 thousand working days were lost in these strikes. The Ministry considers the legal resistance of the workers in order to seek their rights as a loss of workday."