Sisi: Countries, which do not abide by resolutions of UN Security Council, should be held accountable for terrorism 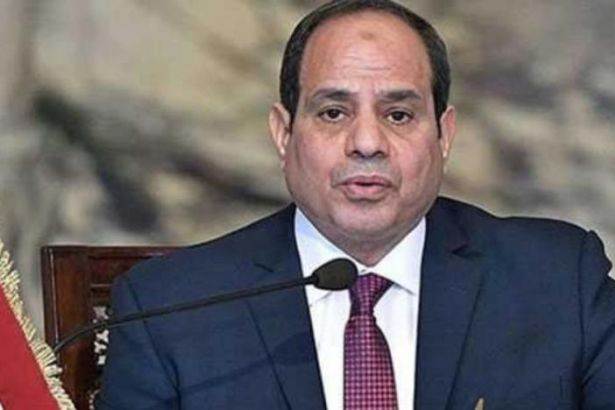 Egypt's President Abdel-Fattah El-Sisi called for countries that break UN Security Council resolutions to be held accountable in a recorded address to the 75th session of the United Nations General Assembly.

Sisi stated “It is regrettable that the international community continues to turn a blind eye to the support of some countries to terrorists, whether with money and weapons, or by providing safe havens, media, and political platforms, and even facilitating the movement of terrorist fighters to conflict areas, especially to Libya and Syria.”

Egypt's President has also stated that violation of UNSC resolutions by countries that think that they will not be held accountable is not acceptable anymore.

Speaking about Libya, Sisi stressed the importance of adhering to a political settlement path based on the UN-brokered Skhirat agreement, the conclusions of the Berlin conference, and the Cairo Declaration, to reach a comprehensive solution to end the crisis in the war-torn country.

Sisi who mentioned that the Libya crises has a cross border effect and jeopardize the security of neighbour countries stated, ''Egypt is determined to support the Libyan brothers to rid their country of terrorist organizations and militias and to put an end to the flagrant interference of some regional parties that bring foreign fighters to Libya so as to realize the known ambitions and foregone colonial illusions.”

Sisi reiterated that if the fighting in Libya continues and crosses the red line of Sirte or Al-Jufra, Egypt will confront it in defence of its national security and the safety of its people.