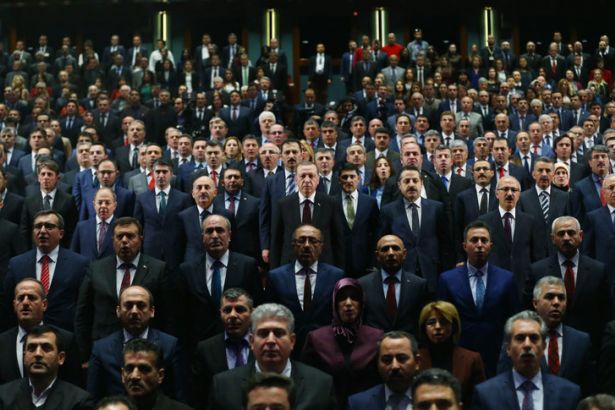 As Turkey is in a severe crisis, the incompetencies of the AKP politicians and bureaucrats have been on the agenda. One of the major questions is: What are the major flaws of AKP bureaucrats? While confronted with a deep economic crisis, do AKP, the party in the power, simply not have the intellectual capacity to run the economy?

Two major figures of the Turkish economy, Minister of Economy, Berat Albayrak and the head of the Turkish Central Bank, are not able to satisfy their peers in the finance world. Is it simply the lack of knowledge and competence of AKP bureaucrats that turns down big investors?

What are capitalists seeking? Security and trust? By whom and for what? What are their expectations?

They have a lot of money and obviously, they want more. They are running factories, mines, farms, and many other businesses, all with one purpose: to make more money.

When they look for financial security, they ask for a guarantee for a sustainable business that they will gain profit out of it. At the end of the day, what they value in politicians and bureaucrats is the competence that will give them that security.

This is the criteria by which they evaluate the politicians and bureaucrats. The qualification criterion of a bank owner or grand fund manager, a manufacturer or the owner of a company cannot be anything else.

Quality is a class concept. Everybody is measuring the quality and skill by looking at how their demands are met from where they stand. Bureaucracy and all state apparatus designed to serve the bourgeois. A good service will be well appreciated by capitalists. It is evident that the whole system is working for them, to maximize their profit.

It won’t be right to say that the bureaucracy machine is filled up with unskilled, incompetent AKP members. Simply because previous economy ministers were not any better than them. Turgut Özal, Kaya Erdem, Güneş Taner, Ekrem Pakdemirli, Tansu Çiller, Ufuk Söylemez, Kemal Derviş... These are the names sitting on top of the economy before the era of AKP. But none of them did a better job than their peers in AKP.

Skills, merit, quality ... These are not concepts that can be described without responding to the questions of where you stand in life, who you stand for, whose demands you will meet.

However, there were exceptions in history. Bureaucrats with patriotic, socialistic views held positions in the government, but these examples did not change the main rule. Despite how sincere they were, their efforts to change things stayed negligible.

This system is the system of looting. Capitalists are seeking bureaucrats who will sustain the exploitation of labor and loitering. It is miserable for capitalists in such a corrupt system to find someone to run the economy with reliable terms. But the system is so rotten that inability and incompetence are becoming a general rule. It is impossible to properly operate this irrational process, even under its own rules.

The fact that AKP and its bureaucrats are not qualified is actually the natural result of this structure. There is no wonder that this order based on more profit, more money, more looting, and plundering is doomed to managerial shortcomings.

Bourgeois occasionally will raise its complaints, may take actions to change it.

But communists are not going behind correcting these small flaws, our goal is to change this system as a whole.